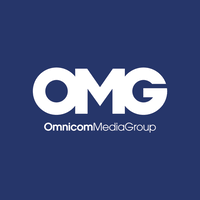 Omnicom Media Group has won the Chanel business after a competitive review. WPP previously had the business, which is estimated to be worth approximately $400 million, for over two decades.

A statement from Chanel about the win said that the competitive pitch, led by MediaSense, lasted several months and Omnicom was declared the new global media agency starting January 2022.

“We were particularly impressed by their strategic approach, understanding of the brand and ability to organize around our requirements. We wish to thank WPP for their valued counsel over the past two decades supporting our growth,” the statement read.

According to research firm COMvergence, the fashion house spends nearly $400 million, with roughly $70 million going to North America, $170 million to the APAC region and $110 million to Europe and the Middle East.

This is the second big win for Omnicom in the last month, as the company won the global media, brand and performance marketing for Mercedes-Benz in September.