NEXT:Feel Like Blowing Off Steam at Work? Watch a Live 12-Year Fight Between 2 Halves of a Boxing Ring
PREVIOUS:Wednesday Morning Stir 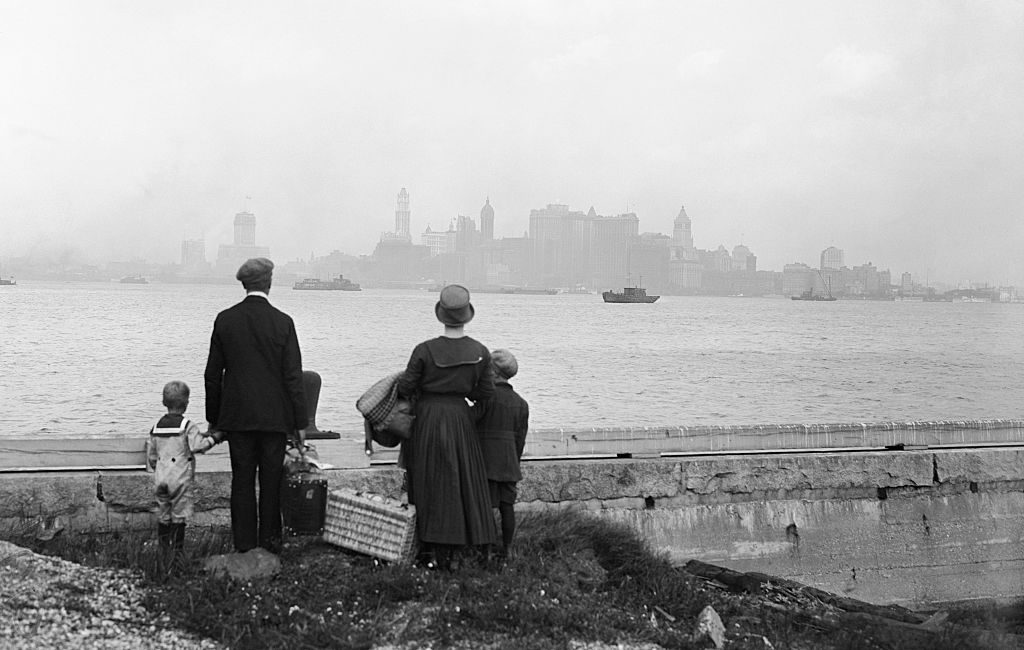 8/13/1925-New York, NY: Above is a striking photo showing a little immigrant family on the dock at Ellis Island, N.Y., just having passed the rigid examination for entry into the “land of promise” looking hopefully at New York’s skyline while awaiting the government ferry to carry them on to the land of the free. (Getty Images)

How much do you love New York?

We don’t just mean Times Square and Wall Street and those blocks in the West Village where ancient record stores still somehow manage to survive next to shops hawking Juul and CBD oil.

This review is about the whole state—all 54,556 square miles of it, from Staten Island to Buffalo, where everyone is basically an honorary Canadian.

Campbell Ewald won the business, which had formerly been with BBDO, in 2015. An agency spokesperson referred to the client for comment.

It’s a surprisingly big account. When BBDO handled the work, ESD listed its own spend at $211 over 4 years. And it’s not just about convincing people to visit our state, though the group may best best known for its “I Love NY” campaign, created by Mary Wells Lawrence’s agency Wells Rich Greene and artist Milton Glaser in 1977.

The winning agency will be tasked, in part, with making New York State as a whole more attractive for businesses and startups of all kinds—and there will be some pressure to deliver results as well. A few months before Campbell Ewald got the business, an audit found that efforts surrounding a related project called startupny.gov had done little to deliver demonstrable results for the state economy.

“The facts, which were confirmed by ongoing independent quantitative research, clearly demonstrated at the time of the audit that ESD’s efforts made great strides in improving perceptions of New York State, creating greater awareness of our economic development programs, increasing the perception that New York is a good or excellent place to do business by 122 percent among executives from out of state, and attracted more tourists to spend their vacations here,” said an ESD spokesperson.

The statement continued: “Even today, programs such as Start-Up NY continue to demonstrate positive growth, creating nearly 2,000 jobs and generating more than $250 million in economic activity since its inception. Additionally, 243.8 million people visited New York in 2017 and that resulted in $67.6 billion in spending.  Visitor spending generated $8.5 billion in 2017 taxes, enough to save the average New York household $1,172, based on I LOVE NY research. These are very tangible results.”

ESD’s spokesperson declined to comment on the review beyond the RFQ document below. The group also confirmed the pending resignation of Howard Zemsky, who has been president, CEO and commissioner since 2015 while earning the lofty salary of $1 per year. ESD is actively seeking his successor.

“Leading Empire State Development and serving as Governor Cuomo’ s head of economic development‎ has been the honor of a lifetime,” read a statement from Zemsky. “I consider the Governor a mentor, a boss and a friend, and I look forward to continuing to work together to grow the economy across the state. The team at ESD rocks—I’m so proud of what they accomplish and to be associated with them.”

Here’s the full RFQ for your perusal, though the deadline was more than a month ago, so the shops bold enough to compete have already entered their names.

More to come on this review. For now, here are a couple of recent videos from the organization. Jobs! Lowest taxes in decades! Industrial hemp!