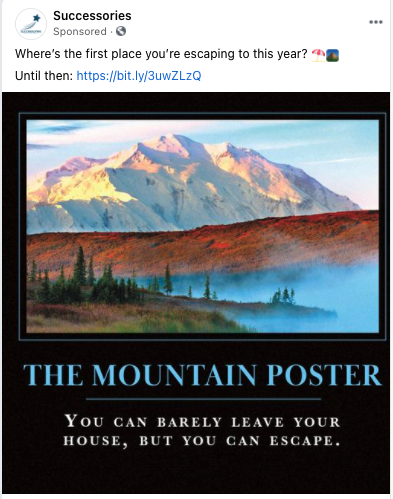 We’ve all seen those motivational posters, the ones with pretty scenery and a vaguely inspiring motivational phrase, like Michael Scott favored on The Office. Successories, the company that makes those posters—along with tchotchkes of all types—knows that some people see their work as a bit cliched and is tackling the stereotype head on with a social campaign.

Successories has never advertised those posters that dentists and doctors use to distract patients, but the company has decided that now is the time to remind people that they need some motivation, especially after being cooped up for a year. So, they’re giving consumers a nudge with some humorous posts, hoping they’ll choose the posters over blurred backgrounds for their Zoom calls.

The ads feature the signature posters, but with the phrases altered to grab potential buyers’ attention. The “Waterfall Poster” shows a serene picture of a forest stream flowing over rocks, but the phrase below states, “Just because it’s cliché doesn’t mean it’s not inspirational.” The “Mountain Poster” shows an alpine landscape, with the new phrase, “You can barely leave your house, but you can escape,” while on an office poster of a flying bald eagle says, “The workplace vibes you never thought you would miss.” 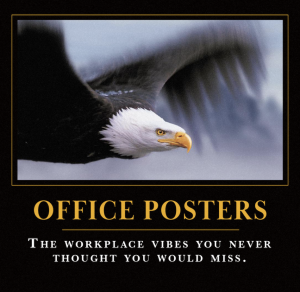