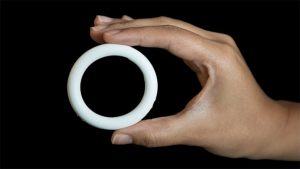 The New York headquarters of McCann recently won a review to handle creative work for Annovera, a new “female contraceptive” produced by TherapeuticsMD.

The parent brand, which describes itself as “a premier women’s health company,” won FDA approval for the product last August after clinical trials conducted in partnership with nonprofit group Population Council. The related release described it as “a combined hormonal contraceptive for women of reproductive age used to prevent pregnancy” as well as “the first vaginal ring contraceptive that can be used for an entire year.”

Population Council shared a short video illustrating the product, which was reportedly developed with the help of other groups such as the World Health Organization and the Bill and Melinda Gates Foundation.

Twenty years of research and development led to the US FDA approval of Annovera. It’s the first contraceptive that provides a full year of protection fully under a woman’s control. It could be a game changer for women. https://t.co/gjd6ItF2js#MakeTheMethods pic.twitter.com/0s5Y3CcR7E

TherapeuticsMD chief commercial officer Dawn Halkuff said the company is “excited to work with McCann” in bringing Annovera to market. She said the parties will work together to “break down barriers and drive transformational change by championing awareness and treatment of women’s healthcare issues.”

“Annovera not only has the potential to change the female reproductive category, but has an ambition to change how modern women are marketed to,” said McCann New York president Devika Bulchandani.

The appointment followed a creative review. According to parties close to the business, competitors in the final round of the pitch include FCB’s Area23 and New York’s Circus Maximus. A spokesperson for the former agency declined to comment, and the latter deferred to the client.

At this time, it is unclear why the business went to McCann rather than McCann Health. An agency representative did not elaborate beyond the statements above and a release noting that the agency will handle brand strategy in addition to creative development and execution.

The size of TherapeuticsMD’s planned media spend is also unclear.

This week, the company made presentations about the new product to an annual meeting of the Endocrine Society, describing it as “highly effective and comparable to the most effective birth control methods already on the market today.” They also claimed that it helps consumers avoid “daily fluctuations in hormone levels given its controlled release, helping to provide excellent cycle control.”