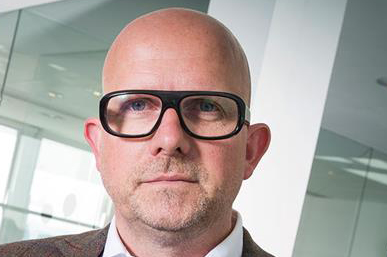 On Monday, M&C Saatchi chief creative officer Justin Tindall published a “private view” in Campaign in which, among other things he was bored of, he stated he was “Bored of diversity being prioritised over talent.”

Predictably, this did not go over well and criticism of the remarks was swift and widespread. Among those weighing in were Cindy Gallop and Cheil London executive creative director Caitlin Ryan, who wrote a “Why being ‘bored of diversity’ is not good enough: a response to Justin Tindall,” also published in Campaign, in which she asked him to “see diversity not as a threat to good creative work, but as a way to get better work out there.”

She concluded by telling him to  “wake the fuck up and do what’s fair and right for every young creative who is female or from a different background to you. Not because it ticks a diversity box – but because it will make the work that we all love better too.”

Today, perhaps unsurprisingly, Tindall issued an apology, in which he admits “my ‘bored with diversity’ comment was wrong. In the post, addressed to Caitlin, he apologized to everyone who took “unintended offence” to the comment and stressed “it was absolutely not my intention to undermine the diversity agenda in any way whatsoever. In fact, the opposite is true.”

He explained that his frustration with the term “diversity” is “provoked by a deep sense that ad agencies continue to prioritise predictably short-term solutions to what is a long-term issue” and one which “requires long-term strategies to maintain and cultivate our industry’s strength and depth of talent.”

Not everyone feels the apology was sincere or came swiftly enough, however. In a response to a post by Gallop on LinkedIn about the apology, one commenter pointed out that his apology only came after “someone of his career level within his industry said something” while another called it “Too little too late” and said they were “Not buying it at all.”