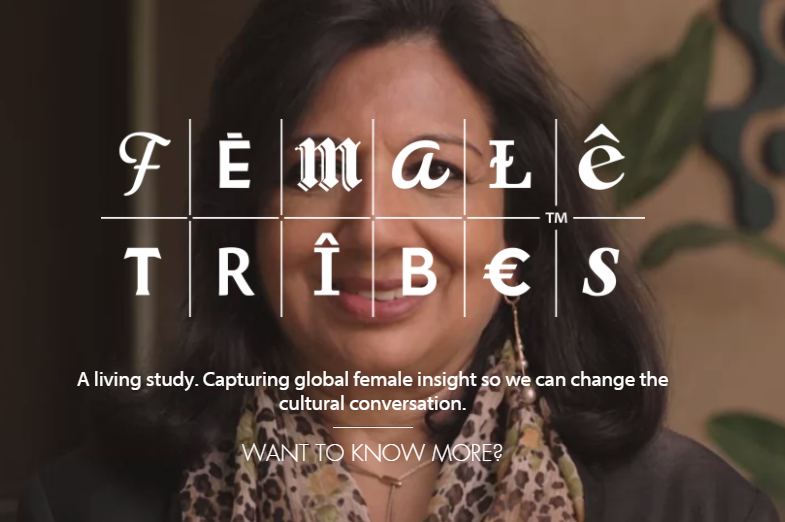 Today JWT London announced that it has launched a full consultancy service helping brands connect with women. This is problematic for a few reasons, at least one of which is obvious.

18 months ago, the JWT team led by group planning head Rachel Pashley released a thesis based on the “Female Tribes” project, which interviewed several thousand women aged 18-70 to develop a “Women’s Index Study.”

The problems start to emerge when considering the group’s findings: most participants said there’s “never been a better time to be a woman,” that they feel empowered by their careers and that femininity is seen as a positive rather than a negative.

Keep in mind that this is all in a workplace context and ask yourself whether the same might apply to the company conducting this study.

Here’s how Pashley described the new offering to Fast Company:

Since we launched, clients have come to us asking for our insights and advice. We haven’t had to seek them out. And much of the work we were doing was moving upstream into business design and insight, so it made sense formalize this into a full consultancy offering.

Do you look at women through blunt demographics or attitudes and aspirations?

We should say that the research behind this effort is real and that the project started before news of Erin Johnson’s lawsuit against the agency went public.

That said, many women both within and beyond the ad business have taken a very clear message from the legal teams representing JWT, its parent company and its former CEO: tread very carefully. In the meantime, Gustavo Martinez is talking about his boss Sir Martin in Spain while he works on “re-creating the company itself.”

Today Digiday ran a story about why women don’t report harassment at agencies that included the following line: “Almost everyone Digiday spoke to for this story brought up the Gustavo Martinez case as one reason they won’t put their names to their experiences.”

We have heard the same thing from multiple people. And why wouldn’t they come to that conclusion?

A few current and former JWT employees have expressed their anger about the way the Johnson case has been handled. And many can’t say anything publicly because they signed NDAs.

The primary issue, though, is that the company now claims to help marketers reach women around the world more directly while female professionals within its own industry name it as the primary example of why they hesitate to speak up on sexual harassment issues.

At this point it doesn’t really matter whether that was intentional or not. It is certainly not a great look for a business selling its ability to speak for professional women as consumers.