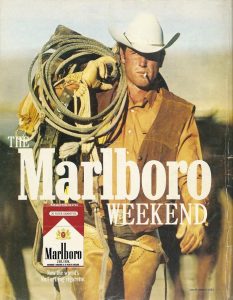 The Chicago headquarters of Leo Burnett parted with an unspecified number of employees this week.

According to parties who spoke to us, this move stemmed directly from changes in its relationship with Philip Morris USA, one of the agency’s oldest and most historic clients.

As readers undoubtedly know, PM and its signature brand Marlboro have been with Leo Burnett since 1954, when the company hired its namesake to help sell a more masculine image for the first cigarette brand with a filter. Burnett created The Marlboro Man, who starred in nearly every major campaign for approximately 50 years, until anti-smoking sentiment and related restrictions grew too strong (and at least five actors who portrayed the Marlboro Man died of smoking-related causes).

Publicis and Leo Burnett don’t publicize much of their PM work for obvious reasons, but it remains a critical client for the network around the world.

We unfortunately do not have much in the way of specifics at this time such as the number of people affected or the nature of changes to Leo Burnett’s relationship with the client. An agency spokesperson declined to comment, and Philip Morris International has not yet responded to an email regarding the shift in its advertising business.

Two separate sources, however, did confirm that the layoffs happened and that they were specifically related to PM.

Philip Morris International (which is now a separate entity from PM USA and its parent company, Altria, and does no business in the U.S.) has been very open about its pivot away from cigarettes and other traditional tobacco products. The company had its own yacht at Cannes last summer and hosted a call for the ad industry to join “its ongoing commitment to creating a smoke-free world” before releasing a Mission Impossible-style anti-smoking campaign. This was after it hired former Havas PR North America CEO Marian Salzman to lead global communications less than a year ago.

Most significant, however, was the December acquisition of a 35 percent stake in e-cigarette company Juul by Altria for an estimated $13 billion. This also followed both the latter company’s selection of DDB to handle its marketing efforts and a surprise September FDA raid aimed at reviewing “sales and marketing practices” to determine whether Juul targets teenagers.

In short, PM USA is moving money away from cigarette promotions—and that means less revenue for Leo Burnett.

From its Cannes announcement: “As part of this initiative, PMI will offer smoke-free alternatives wherever we can, including heated tobacco products and e-cigarettes, to current smokers in the industry who would otherwise continue to smoke.”

This move has been happening for years as smoking rates around the world drop. Hawaii has even considered banning sales to anyone under the age of 100, and Altria acknowledges that the numbers simply won’t recover. But, as noted in Adweek’s own 2013 feature on the Marlboro Man, he still sells smokes. And young people will continue using nicotine whether Alex Bogusky likes it or not.

If you have more information about this development, email us at agencyspy@adweek.com or use the anonymous tip box on this page.