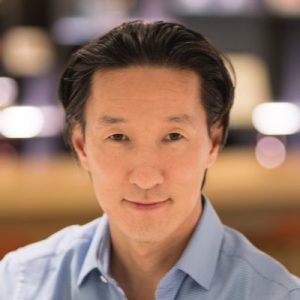 6 months after saying goodbye to Matt Eastwood and eliminating the global CCO role, JWT has parted ways with Brent Choi, who had been both president of its Canadian division and chief creative officer, global brands at the larger network.

“Operational and creative management team changes often occur with the appointment of new regional leadership,” said an agency spokesperson. “We are very appreciative of Brent’s creative efforts during his tenure at JWT and wish him continued success.”

The leadership changes mentioned concerned the appointment of Simon Pearce, formerly of mcgarrybowen, as North American CEO in February, the representative said.

At the same time as the Pearce hiring, JWT promoted Choi again to the role of president, overseeing Canadian operations as predecessor Susan Kim-Kirkland became CMO for JWT Worldwide. Kim-Kirkland also currently holds the titles of president and CEO of JWT Canada and CEO, JWT Chicago.

“After nearly six years working within the JWT Network, I have a lot to be grateful for, particularly the many colleagues and clients I’ve worked alongside that I can call friends. I wish the agency continued success,” Choi said in an email.

The specifics of his departure are unclear at this time. Earlier agency roles include SVP, CD at Saatchi & Saatchi and creative chief officer of indie shop Cundari.

JWT earned headlines around the industry back in March for cutting the global CCO position and announcing that it would operate more collaboratively. Less than one month later, WPP reached a reported multi-million dollar settlement in the Erin Johnson sexual harassment case, and onetime global CEO Gustavo Martinez left the company in June.

“This was a structural decision that will allow us to be more agile, leverage our collective global bench strength and encourage the burgeoning diverse ‘maker culture’ growing within J. Walter Thompson,” CEO Tamara Ingram wrote at the time of the Eastwood announcement. The former CCO is currently serving as Events/Experiential Jury Chair at the Clio Awards.

This post has been updated to clarify the agency’s recent regional leadership changes.