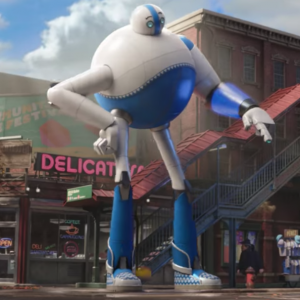 Intuit, maker of TurboTax, QuickBooks and Mint, has ended its relationship with brand agency of record Phenomenon.

Our sources said the news came down last week, and Phenomenon confirmed today that it has parted with a number of employees as a result.

“The arrival of a new CEO and CMO at long-term client Intuit triggered a change in their priorities and ultimately our agency partnership,” read a statement from president and former TBWA executive Erica Hoholick. “As a result, we unfortunately had to make some staff reductions. We are doing our best to support staff who will be departing.”

According to the parties who alerted us to the news, the affected group consisted of approximately 20 employees across departments. On LinkedIn, the company lists its headcount as 50-200 strong.

Intuit hired the independent, L.A.-based shop just over three years ago to handle corporate brand work after a 3-month review.

Goodzari, who was formerly EVP of small business, has been with Intuit since 2004.

The agency’s most recent campaign, “A Prosperity Story,” debuted during the Grammy Awards in February. It was similar to other work for the brand in featuring animated characters illustrating the potential benefits of its products.

Intuit representatives have not yet responded to phone calls and emails seeking comment.

It is not clear whether this news will affect Intuit’s relationships with TBWA\Chiat\Day L.A., which handles QuickBooks, or Wieden+Kennedy, which leads the TurboTax account.