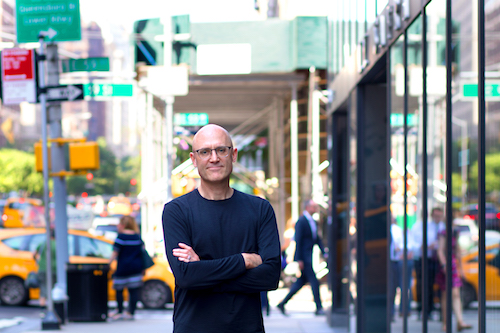 The consultancies got another one.

R/GA vet Chris Colborn has joined global creative consultancy Lippincott as chief experience officer and director of its innovation practice, based out of its New York office.

Colborn spent some two decades at R/GA, most recently serving as executive vice president, global chief design and innovation officer. He originally joined R/GA as vice president, interaction design in 1998, and later spent time as executive vice president, worldwide creative director and chief experience officer before taking on his most recent role in 2014. During his tenure at R/GA, he worked with brands including Nike, Beats, Samsung, Nokia, Verizon, Bradesco and McCormick, while also mentoring startups via the R/GA Venture Studio.

Colborn explained he was attracted to Lippincott by its “amazing heritage at the intersection of brand strategy and design.”

“Chris excels at uncovering novel whitespace where technology disruption meets emerging behavior,” Lippincott CEO Rick Wise said in a statement. “We are thrilled he has joined the Lippincott team not only to grow our Innovation practice, but to help drive continuous innovation across all of our core capabilities.”

Colborn said his goal is to grow the innovation practice, augmenting talent and expanding its capabilities until it’s a core offering that is no longer seen as a distinct practice but one that is integrated with Lippincott’s other offerings.

“I encountered a similar challenge at R/GA, where design and technology were the core DNA, but strategy was built out over a 20 year transition from production shop to agency and consultancy. Lippincott simply has a different leg of the stool to build. No easier and no harder than that—and just as exciting and rewarding for our employees and clients,” Colborn told AgencySpy.

“I’m tasked with building out a different leg of the stool this time, but I’ve been down this road before, so I have more of an idea about what to expect this time around,” he added. “That said, there’s one big difference,” he added, “I’m no longer working under a holding company of marketing firms, with a primary focus on advertising—rather, I’m now partnered with professional service firms with expertise in risk, capital and consulting—firms that have a lot more upstream rigor and greater executive relationships. This enables us to have greater impact on our clients’ core business.”