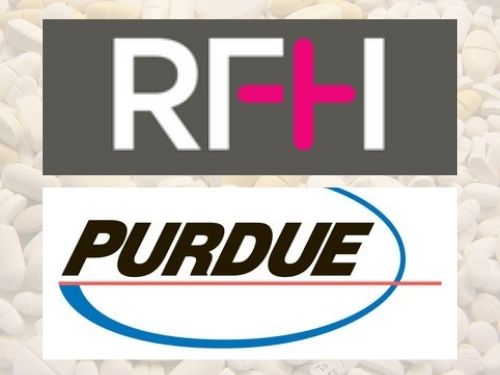 Massachusetts Attorney General Maura Healey‘s lawsuit against Publicis Health over its role in marketing OxyContin for Purdue Pharma continues to have industry reverberations this week.

The complaint details all kinds of marketing practices which the state claims Publicis Health should take responsibility for alleged harm to Massachusetts residents. Included with the complaint were a number of exhibits supporting its case. The first of these, in particular, caught our attention.

The exhibit is a memo from former Razorfish Health group account director John Dwyer celebrating the agency winning the Butrans account–another Purdue Pharma opioid brand–based on the strength of its marketing for Oxycontin. Winning the account had been a goal for four years, an email says. But the bizarre detail that really caught our attention was above the email’s opening line.

The quote in question? “Satisfaction lies in the effort, not in the attainment; Full effort is full victory.”

Again, the email in question goes on to explain how the client was sending the entirety of its Butrans account to Razorfish Health, asking that the agency replicate everything it did over the course of the previous year for OxyContin.

‘”We want more like that. We want you to do the exact same thing this year, but now with Butrans,'” Dyer quoted the client as saying.

Not great. We have a feeling that winning an opioid account on the strength of marketing tactics under legal scrutiny five years later is not what Gandhi had in mind. Whether quoting Gandhi in a business context is ever a good idea is probably a question agency leaders should be asking themselves, but it definitely feels particularly off in this context. But then, the Sapient/Razorfish area of Publicis has something of a track record for ill-considered quotes.

Here’s the email in full:

“If your actions inspire others to dream more, learn more, do more and become more, you are a leader.” – John
Quincy Adams
When we strive to become better than we are, everything around us becomes better too. Paulo Coelho writer
Satisfaction lies in the effort, not in the attainment; Full effort is full victory. Mohandas Gandhi activist and Indian leader
Success is never so interesting as struggle – not even to the successful. Willa Cather writer
I think if you do something and it turns out pretty good, then you should go do something else wonderful, not dwell on it for too long. Just
figure out what’s next. Steve Jobs

• For the last 4 years, every year as we do the forecast for the new year, I’ve put “Butrans AOR business” in there under
whitespace, which is where we put areas where we think we can grow, and achieve additional revenue beyond the booked work.
• And so for that long, we’ve been making a play for this business, directly and indirectly, each year. Sometimes you’re actually
working towards a pursuit even when not directly.
• But year after year, it just wasn’t happening. But we weren’t discouraged; we didn’t consider it failure; and we certainly didn’t let
it keep us from continuing to do great work on everything else we do with Purdue. And so we kept at it, kept plugging along, always
showing them our best work. And we were still getting something out of that – we were getting better at what we do, sharpening
our skills, learning, and strengthening relationships with clients.
• And some new clients came along, and we were able to expose more and more new people to our unique brand of kickassery
• And so ultimately, 3 weeks ago when the client told us that he was going to move the rest of the Butrans business over to
Razorfish Health, the reason he said he was doing it was because he wanted us to replicate exactly everything we did last year on
OxyContin. The creative campaign refresh, the vis aid that far outshone the Butrans and Hysingla ones which were done by another
agency, the strategic planning we brought them for the new competitors who are coming, and the overall revitalization of a brand
that needed a boost as it went into it’s 20th. He said, “We want more like that. We want you to do the exact same thing this year,
but now with Butrans.”
• So look at what you’ve done. You guys did this. To me, this is actually better than if we won this business in a pitch. Because what
this means is that we won it on merit, on our real accomplishments, based on the excellence that we delivered day after day after
day.
• It’s an example of what we can do when we manage the client’s biz like its our own.
• It’s what happens when we work at the top of our game, consistently, even when we may not feel an immediate payoff.
• He then also gave us a major initiative that they’re doing with NPs and PAs, which had also already begun through another
agency; and that will be $2M plus in fee.
• Everyone who works on Purdue in any way contributed to this. Because most of all, it’s the excellence in what we’ve delivered
over the past year that earned us this.