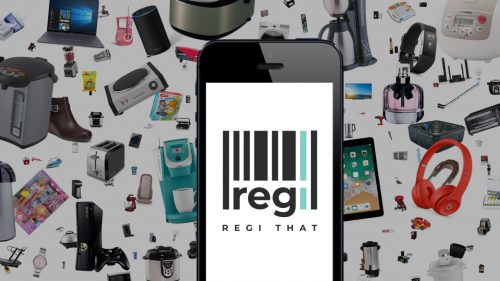 Launching in December, the mobile app provides users with a tool to keep track of their various household items.

Scissons explained that The Ostrich Algorithm addresses a a gap in the market, as both brands and retailers invest heavily on selling but very little on post-sale. “That’s where brand loyalty is truly won and what will ultimately drive the purchase decision the next time around,” he told AgencySpy.

“Regi will be there to help people get the most out of everything they buy and own…to be an unbiased guide and provide clarity on confusing tension points like warranty policies,” Scissons added. “We feel acting with their best interest at heart, and putting the data in their hands, will ultimately create a more trusted and authentic connection to the consumer.”

A launch video focuses on the shopping mad dash of Black Friday as a means to introduce the post-purchase potential of Regi to manage all those purchases.

“Ultimately, our creative process has been about leaning into ideas where we think there’s a need and then validating it with user feedback,” Scissons said.

He explained that they tested Regi with “a cross-section of completely different target users” of varying demographics and regions, deciding to pursue the idea further after discovering that it was received well across the groups they tested on.

Scissons said the transition outside of the agency world has been an enlightening one.

“Having a closer look at the consultancy space has been eye-opening,” he added. “Some (consultancies) have been quick to point out all the shortcomings and skeletons-in-the-closet of the agency model. Is some of it justified? Sure. But there’s definitely some pot-calling-the-kettle-black on that side of the fence as well.”

“We all know the industry is going through massive change. I suspect anyone opening a company with solely an advertising ambition is likely not going to get very far these days,” he added. “For myself and the team we’ve put together it’s the shared desire to bring the tech product and the brand design worlds closer together to a point where you can’t tell where one part begins and the other ends.”

Scissons isn’t completely done with advertising, however. The Ostrich Algorithm plans to brand and advertise all its products in-house