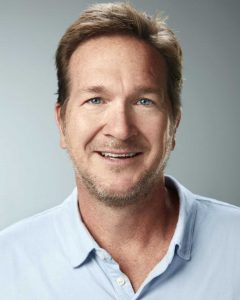 Goodby, Silverstein & Partners has brought back a familiar face to run one of its most important accounts.

The Omnicom shop announced this week that it has hired Jim Elliott, who was most recently global chief creative officer at Arnold, to lead creative on Comcast.

During his first stint with Goodby from 2006 to 2011, he helped create several memorable campaigns such as Hyundai’s “Think about It,” “Help the Honeybees” for Häagen-Dazs, Denny’s “Serious Breakfast” and the classic “This Is How You SONIC.”

Partner and CCO Margaret Johnson called Elliott’s return “testament to our familial culture that Jim would tell you he remembers well” and described him as “a phenomenal leader with a genuinely collaborative and inspiring approach that brings out the best in those around him.”

“GS&P continually finds new and surprising ways to create brave, beautiful, innovative work that matters,” Elliott said. “The momentum the agency is enjoying right now is absolutely incredible. Becoming a part of that again is beyond exciting.”

He left GS&P in 2011 to become CCO at Y&R and later took the same role at Arnold, largely going quiet after stepping down from that position last year.

According to the press release, Elliott’s is one of 115 hires at GS&P in 2018 to date. In March, the agency won the BMW North America creative review, beating out W+K, Droga5 and several other top competitors. It also won lead creative duties on Pepsi late last year in an Omnicom jump ball review, picked up Liberty Mutual the following month, and expanded its relationship with Comcast.

The most recent work for the telecom brand was May’s sequel to The Slowskys, which featured a variety of internet families.