Werner Herzog is not Swedish. But for some reason, men with voices that sound strikingly similar to the dour documentarian’s are the perfect narrators for conceptual Scandanavian ad campaigns.

You might remember Swedish wood protection company Sioo:x, which made a splash last year with “The World’s Most Boring Billboard,” in which agency Stendahls created an OOH ad made of wooden boards set to weather 12 years of damage and illustrate how well the products do exactly what they’re supposed to.

We found it kind of soothing in a way, and now Stendahls has gone a step further with a live-streamed 12-year boxing match.

It is a match occurring in a boxing ring. But there won’t be any punches thrown. We should let the Herzog soundalike explain the concept for you.

That was pretty cool in the European cinematic sort of way, but our favorite part of the campaign is the livestreaming URL.

Just click here whenever you feel like zoning the fuck out and visiting a little pond on the Lofoten Islands in Norway, an area on the other side of the world known for its extreme weather. Right now, we are quite literally watching a couple of boats slowly drift on the water while wondering how long the brand is going to keep this going; here’s a screen shot. 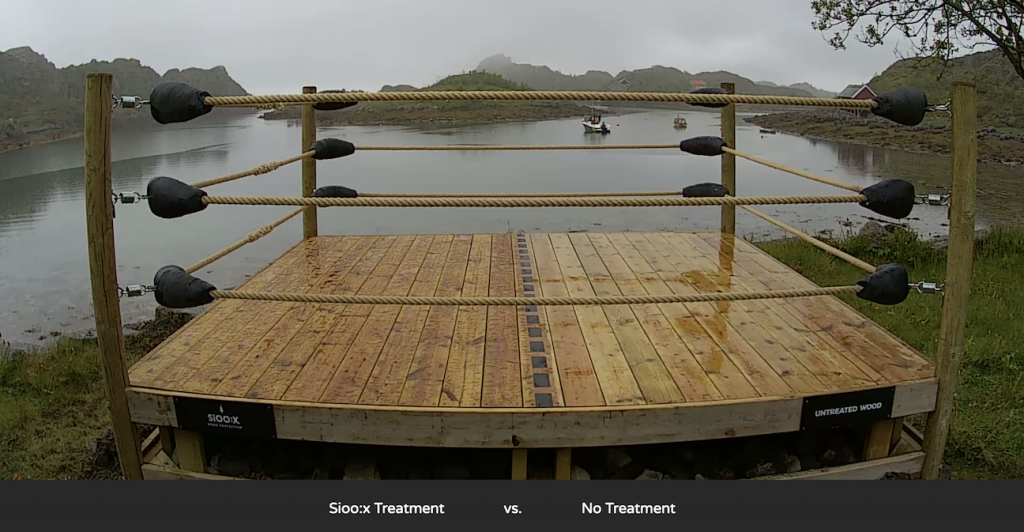 “For 12 years, the boxing ring will be subjected to the area’s brutal climate, which will clearly show how well both surfaces stand up to the power of nature,” said the release. “Of course, there can only be one winner. The fight begins on June 4 and is best experienced ringside. But if you can’t make it to Lofoten, don’t worry, the entire event will be streamed live 24-hours a day.”

Right now, we can’t see much different between the left and right sides of the ring—but wait ’til 2030! We also feel like a stormy day would be a particularly captivating way to waste time during, say, a client pitch.