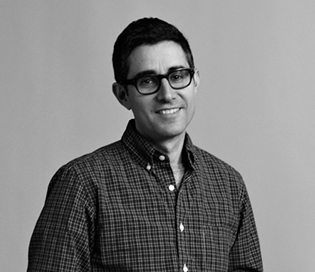 “Ian has chosen to leave Barton to pursue other endeavors. We thank him for his years of service and wish him all the best.”

In keeping with common practice, he did not elaborate on those other endeavors.

This latest development at BFG follows the summer departure of ECD Scott Vitrone, who had long partnered with Reichenthal at W+K, Y&R and TBWA\Chiat\Day New York as the Simon to his Garfunkel, the Mick Fleetwood to his Stevie Nicks, et cetera.

BFG hired Vitrone and Reichenthal away from Wieden to serve as co-ECDs in late 2013. They’d previously been Graf’s top lieutenants during his tenure at TBWA, and they effectively replaced Eric Kallman, himself a W+K vet who later rode the strength of the Old Spice work to a top role at GS&P before launching his own operation in San Francisco last year along with former CP+B president Steve Erich.

The indie agency continues to operate as usual under its core leadership team of Graf, CSO Laura Janness and CEO Barney Robinson. BFG’s February Benjamin announcement called 2016 “a banner year for growth,” and the org has hired new creative and strategy leads in recent months while launching a categorically quirky campaign for Emerald Nuts and debuting its first work for Ketel One.