So, what is that, exactly?

According to the spot, “On average, we spend 95% of our lives indoors,” which it alleges can have unspecified negative impacts on health. Unfortunately, the spot takes quite a circuitous route to that message, via words like “fern” and “pasture” being removed from a junior dictionary. As a result, the 60-second spot doesn’t get around to the line until near its conclusion, while the journey to get there is less than enthralling.

“Indoor Epidemic” concludes by calling on viewers to “Join Claritin and #BeAnOutsider,” while citing unspecified health advantages. The connection to the brand, which helps allergy sufferers enjoy the outdoors, is clear enough.

The spot is supported by an outdoor component, appropriately enough, which puts the amount of time we spend indoors in perspective. There’s also a look at cities that spend the most time indoors. While Baltimore coming out on top might not surprise you (it certainly doesn’t surprise this former resident of the city), sunny Miami and Dallas following closely behind is a bit more unexpected.

Unfortunately, there’s a lack of specifics as to the physical and psychological benefits of spending more time outdoors, which seems like a bit of a missed opportunity when there’s no shortage of studies on the topic. 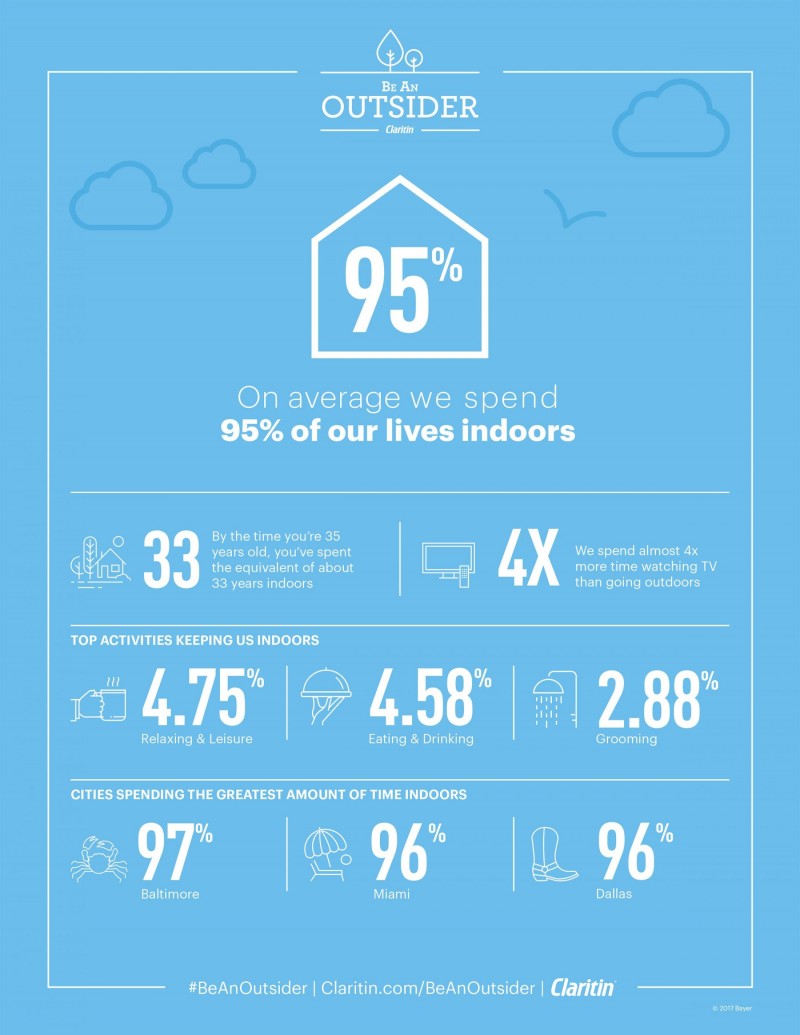