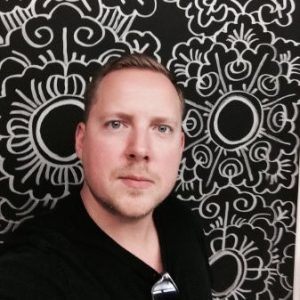 Vault49, the New York brand design agency which counts Diageo and Heineken among its clients, has expanded to the U.K. with an office in London.

Woodvine joins Vault49 from Pepsi, where he spent the past five years, most recently serving as design director, global beverages. He originally joined Pepsi as a freelance designer back in May of 2014 and was promoted to senior design manager, global brand experience six months later. After over three years in that role, he was promoted to design director, global brand experience at the beginning of 2018. Before joining Pepsi, he worked as a freelance designer with agencies including McCann, DDB and RAPP.

“We’re privileged to work with some of the world’s most exciting brands. Our London studio will allow us to be close to them on both sides of the Atlantic,” Vault49 co-founder and executive creative director Jonathan Kenyon said in a statement. “It will also give us an opportunity to tap into the live animation and digital talent in London and to share skills across our studios.”

“We’ll be looking to add to our London team with designers who have a diverse skill set—a focus on animation and digital but with the ability to work across all design disciplines,” Woodvine added. “They’ll fit into a unique Vault49 culture that’s imbued with creativity and artistic talent, but it’s also a warm, people-focused place. There’s always been something incredibly special about the New York studio, and I can’t wait to bring that to London.”