NEXT:'Tear Down This Wall': Eric Druckenmiller Joins Chandelier Creative as Head of Strategy
PREVIOUS:We Are Unlimited Adds 4 to Creative Team 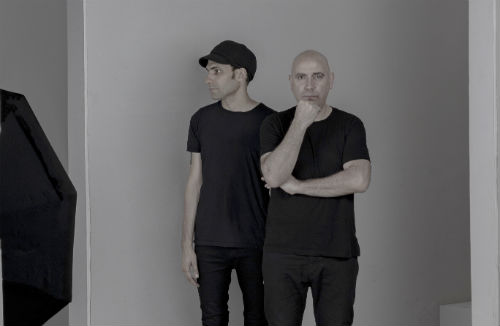 Character, the San Francisco-based branding and design agency acquired by Dentsu Aegis Network earlier this year, has expanded with a new office in New York.

Character co-founder Ben Pham said the agency has always had aspirations to expand to New York but that “Manuel and Virgilio and their desire to build upon Character” was the primary motivation for the move.

Pham added that in expanding, Character wasn’t looking to simply replicate the approach of its existing San Francisco office but to embrace the “unique pulse and culture of New York.”

“We’ve been admirers of Manuel and Virgilio’s work for a long time. Manuel (who is a true New Yorker) and Virgilio (who has lived in New York for years) offer Character a native understanding of New York’s vibe and flair,” he told AgencySpy. “What we do want is to carry over, no matter where we are in the world, the importance of an office culture where everyone is valued, respected, and are unafraid to be bold. Manuel and Virgilio shared these same values.”

According to a press release, the office space will also host events such as “industry-related exhibitions and launch events” and “one-off experimental shows.”

“Character has built an impeccable reputation for launching and rejuvenating companies through the lens of design. They’ve worked with the world’s most influential brands over the years,” Dilone told AgencySpy. “Virgilio and I felt a genuine and mutual excitement to team up with Ben and the rest of the SF leadership. We think-alike, we share the same values, and the timing just felt right.”

“We’re equally excited about designing an unconventional workspace that invites different dynamics for our teams, clients, and the public,” he added. “Our new ground-level space in DUMBO will serve, partly, as an experimental platform, where we’ll prototype living brands, design exhibitions, and​ ​develop an ongoing calendar cultural events for the public.”