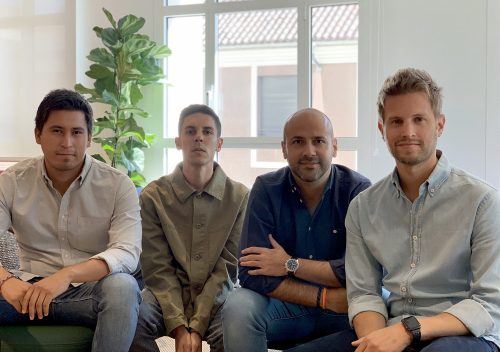 Earlier this year, David announced the opening of its first European office in Madrid. After officially opening its doors earlier this month, the agency has named a senior leadership team which includes two executive creative directors poached from LOLA Mullenlowe.

At LOLA Mullenlowe, André Toledo and Saulo Rocha served as group creative directors leading the global Magnum, Cornetto and Cabify accounts. They spent years working with Pancho Cassis, who joined David from LOLA Mullenlowe as global CCO back in June. Álvaro Palma is also joining the agency leadership team as creative director, arriving from El Ruso de Rocky, where he worked with clients including JB, Grandes Amigos and Codere. Prior to El Ruso de Rocky, he spent four years with LOLA MullenLowe and worked on the agency’s Scary Clown Night promotion for Burger King. The three creatives count 30 Cannes Lions and 5 Gold Effies between them.

At David Madrid, Toledo, Rocha and Palma will lead work for clients including Twitter, Burger King and Libero Magazine, reporting to Cassis.

“Today is a great day for David Mad, for our clients, and for the entire DAVID family. André, Saulo and Álvaro are known and admired within Spain’s creative community as well as respected by their clients,” Cassis said in a statement. “They have created some of the most iconic and important campaigns over the past several years and we’re honored to have such talented people joining us as we build our ambitious project in Spain.”