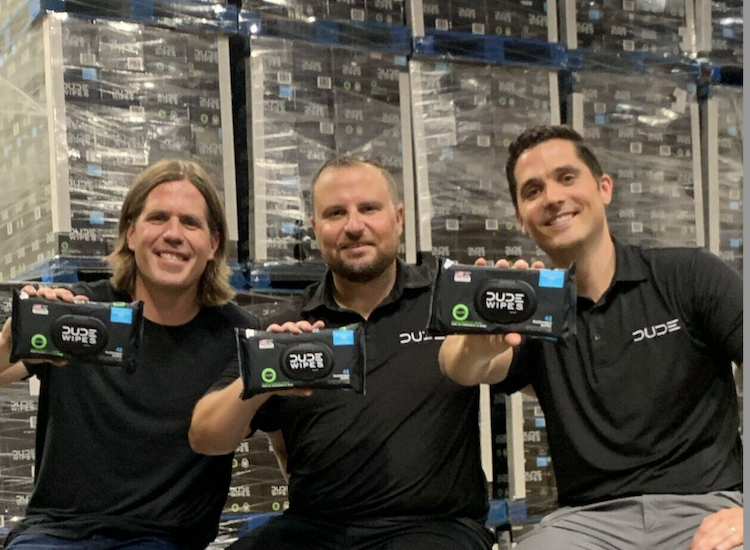 The decision to bring on Curiosity comes as Dude looks to grow its retail sales, while also educating men on the use and superiority of Dude Wipes over regular toilet paper. The goal is to increase household preference among its core 18-44 male demographic. Dude Wipes are currently available in over 15,000 retail locations nationwide, including Target, Walmart and Kroger. The brand is the number two (pun intended) flushable wipe in the category, after Cottonelle. Dude Wipes currently is in 4.4 million U.S. households with hopes to grow four times that over the next five years.

“Curiosity just really hit our sweet spot when looking for an agency,” said Sean Riley, CEO and co-founder at Dude in a statement. “Results driven with a track record of executing for growing CPG brands to billion dollar brands, but also a partner that fit our brand and spirit. Like us, they are a hustling group, out of Cincinnati and a smaller agency with the same entrepreneurial spirit.”

Curiosity will begin the partnership with the development of Dude Wipes’ first major brand campaign, along with a new integrated brand platform. The agency will also lead Dude Wipes’ social presence and influencer strategy, manage all media planning and buying—and develop a series of activations to further connect with the Dude Wipes community. Initial work is expected to launch Q2 of 2023. With a $15 million dollar media budget, this marks the largest investment in marketing by Dude to date. Previous advertising efforts were handled internally and with agencies on a project basis.

“Dude wipes has touched the hearts and butts of millions nationwide,” said Ashley Walters, partner and chief development officer at Curiosity in a statement. “We’re excited to join forces with the fastest-growing flushable wipe brand in the world as they take on ‘big toilet paper.’”

Dude was founded in 2011 by Riley, Ryan Meegan and Jeff Klimkowski, three college friends whose mutual diets of burritos and booze sent them seeking a better, more “dude-sized” bathroom alternative to baby wipes. The next year they began selling packaged single-use Dude Wipes out of their Chicago apartment. By 2014 they had turned their home business into a small DTC enterprise by selling packs of Dude Wipes for men to keep in their bathrooms. In 2015 they took to Shark Tank where they secured an investment and partnership from Cuban, who focused on upping their presence at retail while continuing to grow their DTC business. Today Dude is currently retailing $100 million dollars on an annual basis.