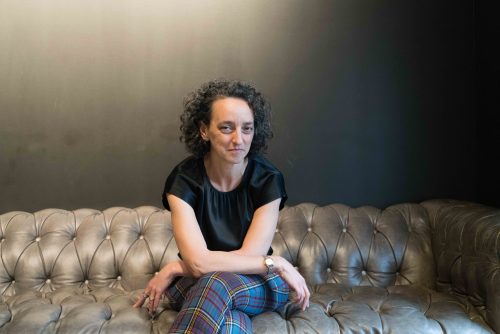 “I’m thrilled to be at C-K, a shop that brings data into equal play with the qualitative sources of human insight that strategists have drawn on for years,” Herman said in a statement. “Together, they give us the clarity, inspiration and perspective necessary to guide brands towards inspired, lasting friendships with their audiences. I look forward to putting C-K’s rich strategy practice in service those true connections for our clients.”

Herman joins the agency following a brief period as a freelance strategist. Prior to going freelance, she spent a little over a year as executive vice president, global strategy director on Mastercard for McCann New York. She joined McCann from Publicis in 2017, where she spent seven years serving as senior vice president, group strategy director for P&G brands including Tampax, Crest, Oral-B, Pepto-Bismol, Prilosec and Align, as well as Doctors of the World USA. Herman is also a veteran of agencies including Lowe and Partners and Deutsch, and has worked with brands including Stella Artois, MilkPEP, Perdue, Electrolux, Johnson & Johnson, Regent Hotels and Snuggle.

“Erica is a great blend of pragmatist and visionary,” added Cramer-Krasselt New York executive vice president, general manager Nancy Aresu. “She pairs her disciplined brand planning skills with modern thinking and data to discover unexpected insights that can be delivered at scale. That’s just one of the reasons we are delighted to have her join the C-K team.”