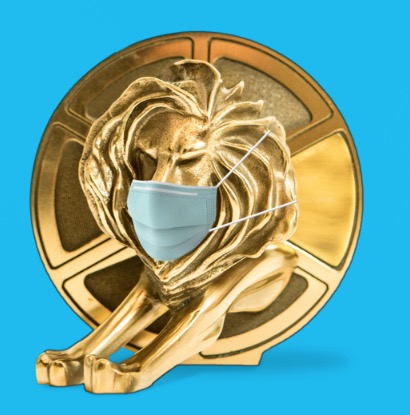 The idea behind the effort is that any agencies or brands creating work around the issue should be doing so with the aim of helping as many people as possible—not winning awards—and that the latter could interfere with the former.

“I’m not against cause marketing at all, but I started to see cringe-y things coming out,” Shaheen said, pointing to brands separating logos as a nod to social distancing as an example.

He explained that he fervently believed it’s not the time for cause marketing related to the coronavirus pandemic in a recent opinion article on Adweek.com.

As the petition puts it, “This is not a ‘cultural moment.’ It’s a humanitarian catastrophe.”

“I believe creativity can work for cause marketing,” Shaheen explained, but “this particular instance is so different.”

“The fact of the matter is that brands are in a much different place than the average person. When a brand gets behind it, it looks a little more self-serving,” he said, pointing out that in its call for submissions around the coronavirus pandemic, the World Health Organization recommended brands piggyback existing messaging or donate ad space rather than craft branded messages.

In the weeks since Shaheen began sharing the petition, it has amassed over 850 signatures. The petition also provides room for those signing on to comment on their feelings around the issue.

“There are some opportunistic briefs going around that are making me feel icky,” one creative at a major holding company agency wrote. “Because the ideas being picked are not the ones that could help most—they’re trying to go for gimmicks and it just feels opportunistic during the crisis.”

An art director at another agency called advertising around COVID-19 “frivolous and tone death,” adding, “During pandemics, we should think of how brands and even agencies can help communities and people in need.”

Another creative suggested donating the money agencies and brands would have spent on campaigns to causes that can make a difference.

“Unless you helped manufacture more masks and ventilators, or secured funding for the health department, shut the fuck up,” one senior strategic planner suggested.

Since Shaheen launched the petition, of course, Cannes Lions made the decision to cancel for 2020, and other awards shows postponed or canceled events as well. This does not mean Shaheen still isn’t concerned over the issue, however. He pointed out that given schedules around awards show submissions, most coronavirus-related entries, should they be submitted, would be for next year’s awards.

“Without a response from Cannes on this issue, I assume that allowing COVID entries will still be on the table for them. So I don’t see why they wouldn’t be able or willing to make that decision now. I think it’s important to raise this issue to them now, because (fingers crossed) if they do stand behind it, that’s the message being sent to marketers now to cut the award-aimed stuff as we continue through this crisis, rather than telling them after it’s all over they can or can’t enter them,” Shaheen said. “My ultimate goal with this petition was really to deter marketers from aiming for awards ASAP before they even begin production or briefs. I’ve already heard of some yucky stuff in the works.”

Among the campaign’s supporters is Joe Brooks of the Gerety Awards, which has committed to not allowing COVID-19 related entries.

“This is not a time for celebrating [work] that everyone should be doing,” Brooks said. “It diverts the focus from where we should be. Brands are doing some really good stuff, but to add an award into it takes the focus away from where it should be.”

Thus far, the Gerety Awards appears to be the only industry awards show to come out in support of the effort.

The petition’s namesake has yet to weigh in on the matter.

Cannes Lions declined to comment on the petition at this time. We will update this story if it provides a response.

Other major awards shows have shared their thoughts on the matter, expressing varying degrees of sympathy for the effort.

“While the ‘Cannes We Not?’ petition rightly points out the potentially problematic nature of opportunistic advertising at this time, the creative community which D&AD represents has a significant role to play in getting us through this,” a D&AD representative wrote in a statement, adding that D&AD’s eligibility criteria already outlined that it would not “support awarding campaigns that are insincere or inauthentic.”

The D&AD representative argued that banning “all work relating to COVID-19 from entering major design and advertising awards would be to ignore the role of creative thinking and design in constructively responding to the pandemic and offering ways to help,” as well as the role of “ideas that encourage empathy or raise morale or a sense of solidarity.”

“This kind of thinking should be embraced, rather than disregarded,” D&AD added, pointing to the UN’s open brief around COVID-19 PSAs, as well as “examples of creative thinking responding to the crisis, including apps that track infection rates, infographics that map the spread of the virus and help us predict what will happen next, and most crucially, more effective ventilators that have the potential to save countless lives.”

The Epica Awards seems to be considering changes around how it approaches COVID-19 entries.

According to a representative for the Epica Awards, some jurors have suggested launching a free-to-enter category for COVID-19 entries as part of its existing Public Interest categories, as they “feel that creativity plays a valuable role at such times and would like the chance to recognize work that actually helped the situation.”

They added that the Epica Awards would work closely with its sister organization, ACT Responsible, a nonprofit supporting cause-related advertising, on the issue.

In a statement, The One Club said it has “always discouraged entrants from submitting work that was created just for award shows by requiring client sign-offs and proof that the work was released to a substantial audience.” It noted the same can be said of work pertaining to the coronavirus pandemic, adding: “If it’s work that’s released to a large audience and serves its purpose to educate and inform people and potentially save lives, then it should be allowed, just like any other public service campaign such as curbing gun violence or speaking out against racism or other issues.”

The Effie Awards’ response echoed the sentiment that there is still opportunity to award work that made an actual positive impact.

“As a nonprofit, Effie’s role is to educate while recognizing great work,” a spokesperson for the Effie Awards said in a statement. “If there is an opportunity for our industry to learn from those who effectively navigated these circumstances while giving back, we’ll embrace it.”