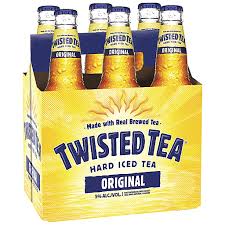 The assignment follows a review which concluded last month with Boston Beer Co. naming Goodby, Silverstein & Partners as agency of record for Sam Adams and Truly Hard Seltzer. The Martin Agency and McCann were previously reported as finalists in that review process and it seems The Martin Agency did manage to win a portion of the business after all.

“We chose The Martin Agency because of their successful track record developing highly relevant, culture-bending work for other consumer-focused brands,” Boston Beer Company CMO Lesya Lysyj said in a statement. “We value that Martin deeply understands our consumer and can uncover insights that lead to culture-shifting work.”

“We don’t focus on pitching brands, we pitch people. The Twisted Tea team has the right ambition and energy to make impact out in the world,” added The Martin Agency chief growth officer Michael Chapman. “This brand is ripe for forging a new generation of drinkers and we couldn’t be more excited to help Twisted Tea make a dent in culture.”

The Martin Agency’s first campaign for Twisted Tea is expected early next year. Boston Beer Co. spent over $10 million on marketing for the Twisted Tea brand last year and more than $9 million in the first six months of 2019, according to Kantar Media.

Twisted Tea is the latest in a string of new business wins for the agency this year, including Buffalo Wild Wings, Car Max, Door Dash and UPS.