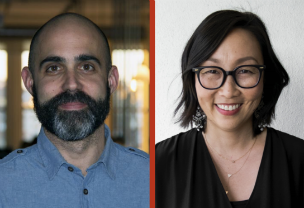 In stateside Anomaly news, the agency announced a pair of executive promotions in its New York and Los Angeles offices.

“We want to continually get smarter, have more influence and push the boundaries of what we can accomplish for our clients, and for ourselves,” Anomaly founding partner and global chief creative officer Mike Byrne said in a statement. “And to do that, we need more great leaders who are empowered to carry that vision forward. Eric and Jiah are definitely that, so I’m really excited for this next chapter.”

“Eric has played an integral role in a lot of our success over the past few years. More importantly though as we look ahead, his passion, his talent and his leadership is going to be vital as we continue striving to deliver against the mission we’ve set out for ourselves,” Anomaly founding partner and global CEO Carl Johnson said in a statement. “So, we’re delighted to once again reward exclusively on merit and have him join the ranks of Partner. This is part of our strategy to ensure we do not follow the usual pattern of agencies gradual slide into mediocrity as they scale, but rather to ensure we continue to get better as we get bigger.”

Choi has served as managing director of Anomaly’s new Los Angeles office since its opening a year ago, following the agency winning creative duties on Beats. Prior to joining Anomaly she spent five years with Coca-Cola, first as global creative director on Vitaminwater and then as director of integrated marketing content for Sprint. Before joining Coca-Cola she spent a year as a group account director with 180LA, working with Sony Electronics and Expedia. Choi’s promotion follows the arrivals of executive creative directors and partners Paco Conde and Beto Fernandez to Anomaly L.A. back in March.

“Based on quality of work, quality of talent, vibrancy of agency culture and business growth, it would have been impossible to have had a better first year in L.A. Jiah was always really ‘partner-in waiting’ and if that performance wasn’t good enough then I don’t know what would have been,” Johnson added. “The exciting, and slightly scary thing, is that office is only warming up.”