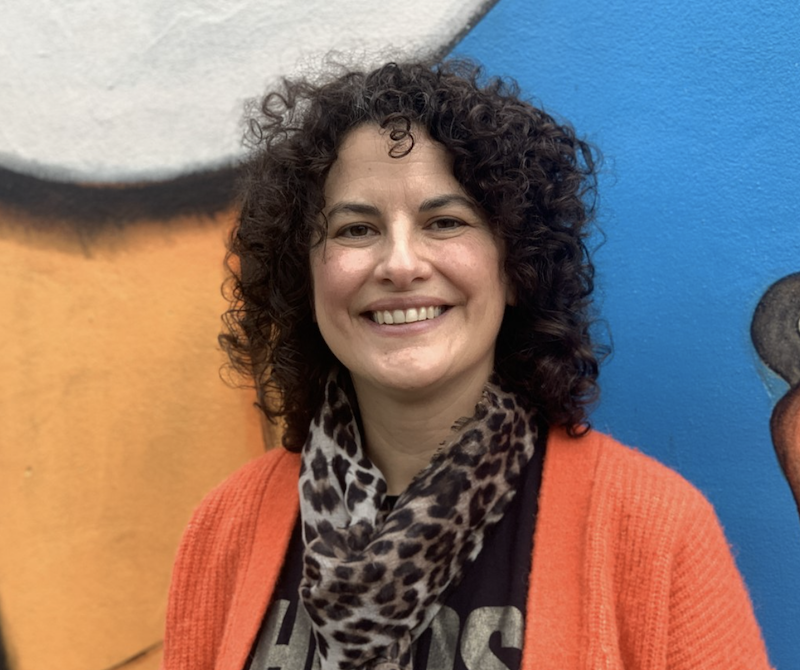 Ali Alvarez has been named chief creative officer at Los Angeles agency Omelet. Her path to get there wasn’t the typical graduate-from-college-and-climb-the-ladder path to advertising success, however. There were a few departures along the way, and one involved a traumatic brain injury.

Alvarez was born in Mexico and raised in Los Angeles. She had a love of horses and became a professional horse show jumper early on. But her professional life took her to the Art Center College of Design in Pasadena, where she studied advertising.

After college, Alvarez went to London to start her career, which took her to Mother, Fallon London and eventually the Brooklyn Brothers, where she became executive creative director working for brands including Cadbury, Tate, BBC and Range Rover.

In 2012, Alvarez was riding a horse through the English forest and fell, hitting her head on a rock and suffering a traumatic brain injury that left her with no short-term memory. The only memory she had was that she wanted to create a film about the annual monarch butterfly migration as a tribute to her mother, who had died of cancer.

The desire to make that film became a source of inspiration to help her recover—which included learning to walk again. Producing and directing Muerte Es Vida, her first feature documentary, led her to discover a love and talent for production.

Alvarez then set out on a new production career path. She signed on with creative production company B-Reel and worked her way up to acting ECD. Since then she’s honed her creative skills as head of creative with JustSo and owner/director/producer of Mariposa Productions.

Her work has gained award recognition from MTV, Cannes, One Show, FWA, D&AD, The Webbies and the Emmys.

Alvarez now returns to Los Angeles as chief creative officer at independent creative agency Omelet, where she will work across all Omelet clients, including YouTube, Google Play, Princess Cruises and Walmart, among others.

“It is tremendously rare to find someone with the type of global life and career experiences that Ali brings to the table,” Thas Naseemuddeen, CEO at Omelet, said in a statement. “Her ability to truly live a creative life and inspiring those around her with this energy for creativity is something we’re giddy with excitement for. Also, her time spent in London left her with a respect and attention to craft we don’t always see in our market. It’s a breath of fresh air for our advertising community that is so ready for new energy.”

Alvarez added in a statement: “Omelet has a saying; ‘Be hard on the work, kind to the people’ and I couldn’t agree more. I’m excited to bring together the London craft I’ve learned working in all parts of the business, and the life lessons I’ve learned … er … bashing my head. That life made me hesitant to jump back into an agency full time, but I couldn’t pass this up. I hope that tells you how highly I think of the Omelet team.”

Alvarez is the second C-suite woman hired at Omelet in the last three months, joining Zey Taslica, head of production, who was hired in November of last year.