NEXT:Legally Blind Driver Takes to the (Closed) Road in This Highly European BMW Spot
PREVIOUS:Jeff Goldblum Wants You to Find a New Place to Put All of the Stuff You Just Bought 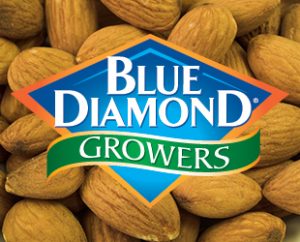 According to three parties close to the business, the Sacramento-based organization recently placed its creative account in review. The agencies competing for the business are R/GA San Francisco and The Community San Francisco in addition to the Los Angeles offices of TBWA\Chiat\Day, Anomaly and MullenLowe.

One source clarified that this review concerns the nuts portion of Blue Diamond’s business but not its almond milk division.

Spokespeople for all five agencies involved in the pitch either declined to comment or did not respond. The client’s given press contact has not responded to multiple emails.

Search consultancy Select Resources International, which is running the review, declined to comment at this time.

Blue Diamond last officially hired an agency in 2012, when Y&R prevailed in a review against Pereira & O’Dell, Campbell Ewald and DGWB. Its most recent campaign, Take Back Your Crave, launched in February as a brand refresh, but press materials included no agency attribution.

The group is also the official sponsor of the Sacramento Kings (or at least their jerseys).

According to the latest numbers from Kantar Media, Blue Diamond Growers spent $70 million on paid media in 2017 and $34 million during the first half of this year. These numbers apply to all the organization’s products.

Harmelin Media of Philadelphia has handled media planning and buying for the organization since 2011. After this post first ran, the head of the account confirmed that Harmelin remains Blue Diamond’s media AOR.