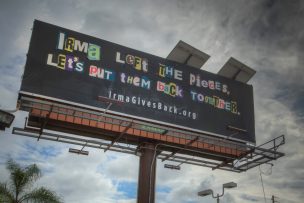 While the aftermath of Hurricane Maria dominates the news cycle, residents of Florida are still dealing with the destruction wrought by Hurricane Irma.

The Tampa office of 22squared was motivated to do something to help.

“Highways are lined with billboards shredded to pieces,” 22squared senior copywriter Luke Sokolewicz said in a statement. “It’s a constant reminder that even though the storm has passed, there are still so many people in our community who remain broken.” 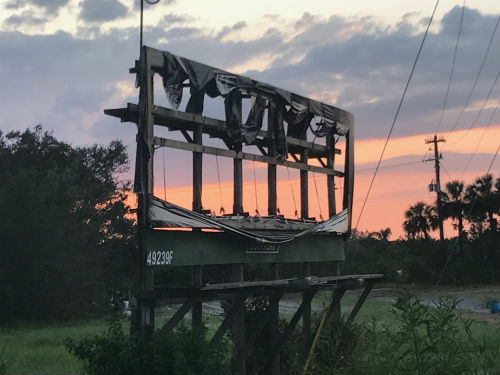 So the agency crafted a message of hope out of the wreckage of such billboards in a campaign called “Irma Gives Back.”

22squared utilized  the remains of billboards destroyed in the storm to craft new ones, directing viewers to IrmaGivesBack.org, where they can volunteer their time or donate money to Volunteer Florida’s relief efforts.

“Many of us have family or friends that have been affected by Irma, so this has been a deeply personal project for all of us,” 22squared associate creative director Garen Bogosian said in a statement. “The idea started with a small group, but as word spread throughout the agency, we had an outpouring of volunteers helping transform these signs of destruction and devastation into signs of hope, and a rallying cry for our communities to come together.”

To bring the idea to life, 22squared partners with media vendor Lamar to collect pieces for the project and display them on billboards in Fort Myers, one of the areas hit hardest by Hurricane Irma.  Agency staffers volunteered their time and efforts for the “Irma Gives Back” campaign, which was created, from concept to execution of the hand-crafted billboards, in just five days. 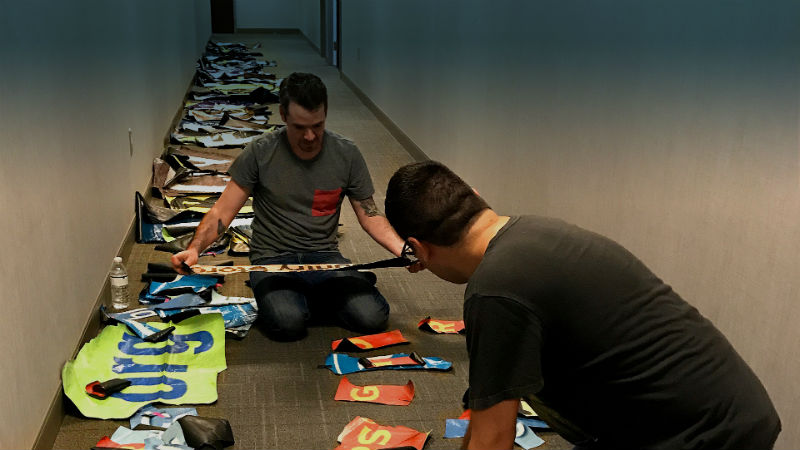 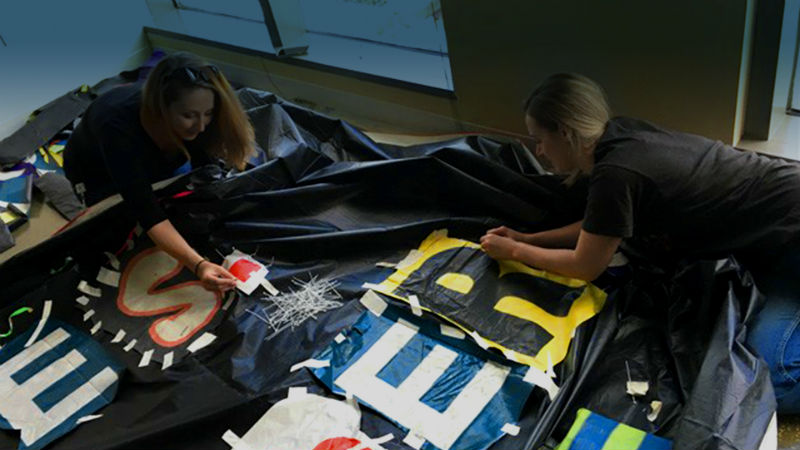