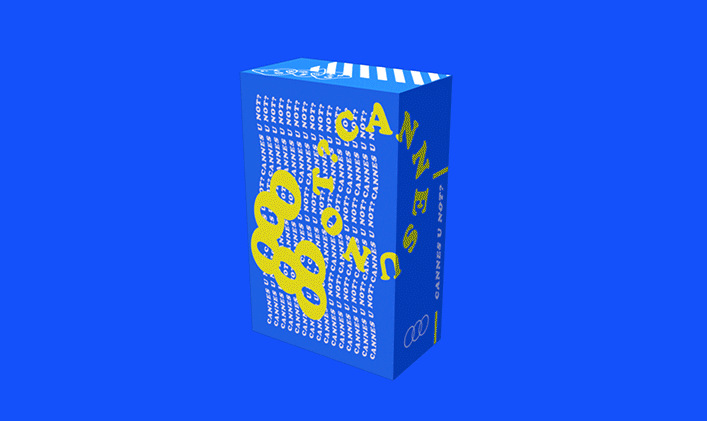 It’s that time of year again, readers: when everyone flies thousands of miles and spends lots of money to prove that they are good at advertising.

Sure, you say you hate it. But you wish you were in Cannes right now, don’t you?

Two creatives from M/H VCCP were so amused by the industry pastime of taking Lion-sized potshots that they turned it into an honest-to-God card game titled “Cannes U Not,” which is a little more clever than your current Twitter handle. The true target here is brand activism or “purpose,” which grows especially absurd during the awards season.

As art director Colleen Horne (book here) put it, “We started verbally playing this game at our agency summer party last summer. Everyone kept spitballing ridiculous campaigns for different brands and we finally decided to make a card game out of it. Then John (agency founder) thought it was really funny and put agency support behind the project.”

So it became a real-world physical card game that you can purchase for only the price of shipping. Here’s a video explaining everything.

The rules are worth checking out as well, primarily because we love the idea of Chlo E. Cheese, female empowerment icon.

You guys! We made a card game! It’s fun! This is the prototype! I blurred out the name to build hype! You can order a pack in one week on the internets 💙💛💙💛💙💛💙 #cannesunot

Horne, who created the project with her creative partner, copywriter Amanda Burger (portfolio here), added, “All the designs are custom made by yours truly, with a unique layout per each card (125 total). They’re mashups of traditional playing card styles, warped typography (Cooper Black) and street style graphics.”

“The game is also a great brainstorming tool, whether you’re playing with a fellow creative or an account manager. But mostly, it’s just hilarious,” said Burger.

Now we want to see more of the cards themselves. If Deloitte can solve the bottled water crisis, who knows what less ambitious brands can do!

“Ironically, playing the game has made us quicker at hitting interesting ideas,” Horne said. “Because it moves so fast, you can’t be too precious with your pitch.”