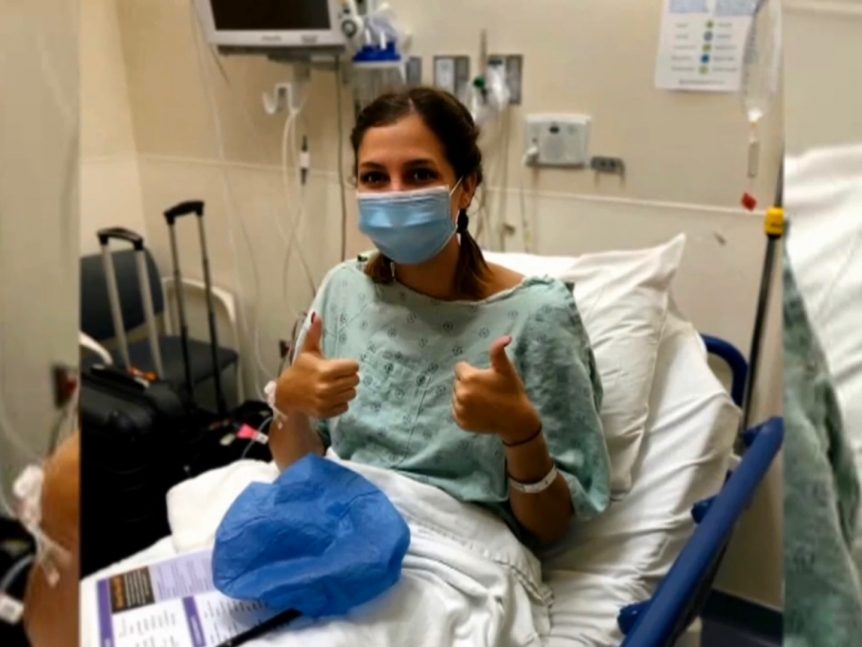 KKTV reporter Megan Hiler saved a child’s life—even though she has never met the boy.

The Colorado Springs reporter is recovering after she donated bone marrow to a boy in need. “[The Bone Marrow Registry] basically told me this could save his life, so that’s why I didn’t really hesitate,” Hiler said.

The journey began about a year ago when Hiler was working in Michigan at WILX. She did a cheek swab while reporting a story, which placed her on the national Bone Marrow Registry. Then she got a call about six months ago.

“I think it was a New York area code, and I thought that was really weird, but something compelled me to answer it, so I did,” Hiler recalled. “They said, ‘You could be a match on the Bone Marrow Registry.’ And I had even forgotten that I’d done it, so I was really confused at first, but then they kind of explained it and set up another phone call.”

It turned out she was a match to save a child battling a rare blood disease that only affects 1 million people around the world.

Hiler flew to Chicago a week ago to get the surgery, and says her recovery is going well. The boy received the donation and is beginning a whole new life.

The station says organ donations are close to the hearts of the entire team. Former co-worker Dustin Cuzick died in July 2019 at 36 while waiting for a donor kidney.