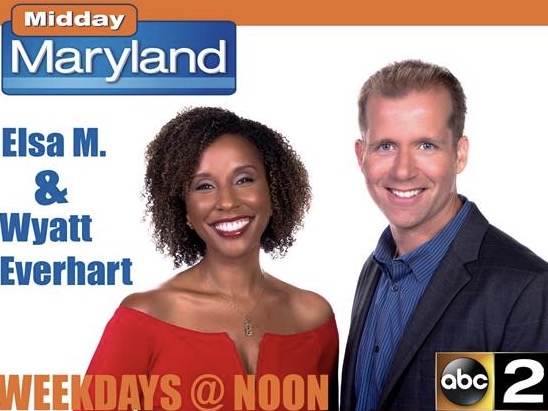 Wyatt Everhart, who started at the station in 2008, will join Elsa starting September 11 to launch Midday Maryland.

The show will air at noon and will primarily focus on Maryland centric stories and businesses.

“Our team has been working on this new show for the past year. That includes everything from content to sets, personnel and presentation.” said Bill Hooper, vice president and general manager.

In his new role, Everhart will be working on air as well as behind the scenes with the sales and production departments.

The show will air at noon in between The View and Right this Minute, which is a Scripps-produced news and viral video show.