NEXT:Maine Meteorologist Would Have Been Charged With Sexual Assault, If He Were Alive
PREVIOUS:NBC Washington Anchor Says He's Being Treated For Cancer 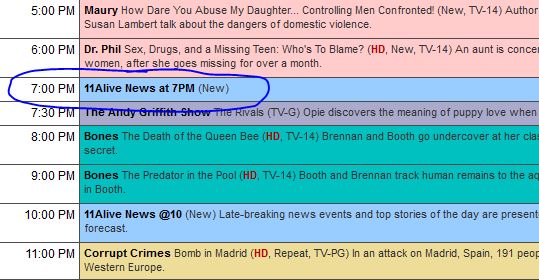 WATL, the Tegna-owned sister station of WXIA in Atlanta, has added a 7 p.m. newscast to make room for a flood of political advertising surrounding the bitter fight for Georgia’s 6th Congressional district. The AJC.com reports the newscast will air until the election on June 20.

The Congressional seat in the Atlanta suburbs became vacant when Tom Price was sworn in as Secretary of Health and Human Services. The race pits democratic newcomer Jon Ossoff against republican Karen Handel in the GOP-leaning district. The latest polling has Ossoff leading by one point.

The 63 days between the special election and the runoff have been a boon to Atlanta’s TV stations. So instead of back-to-back episodes of the Andy Griffith Show, WATL viewers will get news at 7 and Mayberry at 7:30. WXIA also produces a 10 p.m. news for WATL.