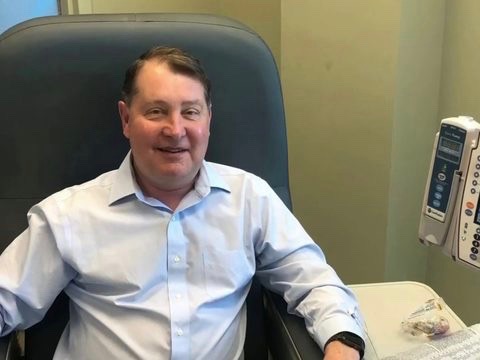 During his treatment at the Cleveland Clinic, doctors noticed something else was wrong.

A non cancerous mass had formed on his spinal cord.

“There is no prognosis that says it will ever go away,” Carlin said. “The only prognosis is that it won’t get worse. And if it gets worse, then I start losing even more mobility,” Carlin said.

The treatment has caused his face to swell and his appearance to change.

He’s being treated with prednisone and chemotherapy

The station did a story on Carlin. You can watch it below.