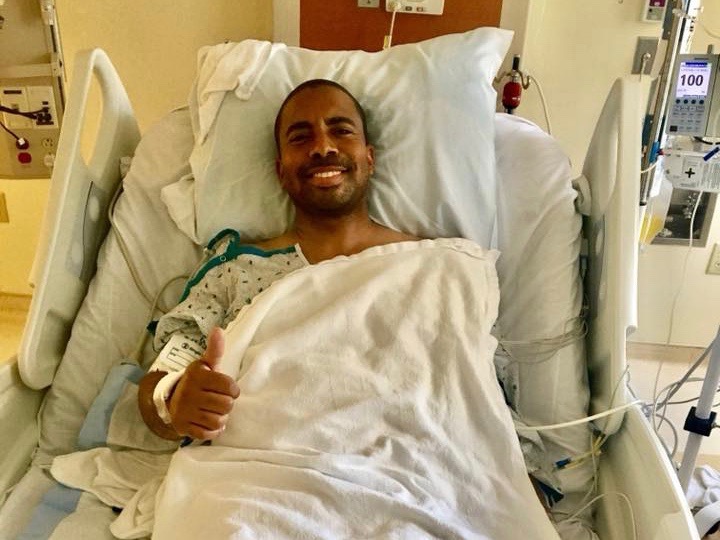 Philadelphia anchor Gray Hall opened up about a medical scare that caused him to lose partial sight during a newscast last month.

On October 22nd, Hall started the noon newscast on WPVI but he wasn’t feeling quiet right.

“I was able to get through the opening,” Gray said. “So I’m thinking I can do this, I can do it. But in my mind, I’m thinking ‘Can I really do this?'”

Soon the anchor’s symptoms began to show. He started stumbled over words and lost partial vision. His co-workers whisked him off the set and rushed him to the hospital.

According to a story on 6ABC’s website, Hall was feeling the affects of a cyst on his brain.

“The cyst, which Gray knew was there from a diagnosis a month earlier, had grown exponentially. Initially, he thought it wasn’t something that needed immediate treatment, but its rapid growth was blocking fluid from freely draining itself.”

This week, Hall opened up to viewers for the first time since undergoing surgery to remove the cyst. He is also recovering from bacteria meningitis.

He expects to be back on the anchor desk soon. You can watch his full story below.

Still on the road to recovery after brain surgery. Thanks @briantaff6abc for doing a great job telling my story. If you missed it, here is a link: https://t.co/IgDZerjN1U @6abc pic.twitter.com/XuogFlVvga