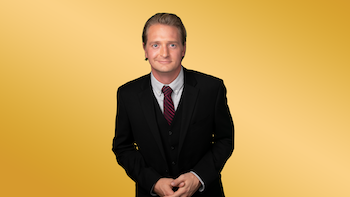 WKYC anchor and reporter Will Ujek is joining NBC News as a field producer based in Cleveland for the network’s Midwest Bureau.

“It’s a lot of travel, but my family and I consider Cleveland our home and we’re thrilled that I can take on this new challenge without having to move,” he said. “I’ll still be telling stories and informing the public on a day-to-day basis, just from a different side of the lens.”

Ujek joined Cleveland’s NBC station in 2013. Before that he worked at WTRF and WKKX in Wheeling, W.V. and was a host and reporter on SportsTime Ohio.

“It’s been a true honor to inform Northeast Ohioans for the last decade,” he told cleveland.com. “I’m so grateful they have trusted me to tell their stories.”

His work will appear on NBC Nightly News and the Today show on NBC, as well as on MSNBC and NBC News NOW.