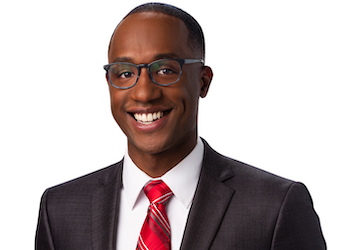 Marvis Herring has been named co-anchor of the WJCL 5 p.m. newscast.

“Marvis is a dynamic, veteran journalist who will use his expertise to deliver clear, critical information to Savannah and the South Carolina Lowcountry,” said WJCL president and general manager Ben Hart. “He also has a passion for community service, so he’s the perfect fit for our growing news team”.

Herring joins the Hearst-owned Savannah, Georgia ABC affiliate from sister station WLKY in Louisville, Kentucky where he was the weekend morning anchor. He worked at WOOD in Grand Rapids, Michigan before that.

“Joining the WJCL 22 news team is a dream come true,” said Herring. “I’m excited to be a part of a newsroom that values accuracy, urgency, and stories that matter most to our community. “I look forward to connecting with viewers across the area to expand the positive impact that Riley and Jeremy already make every weekday at 5:00P.M.”