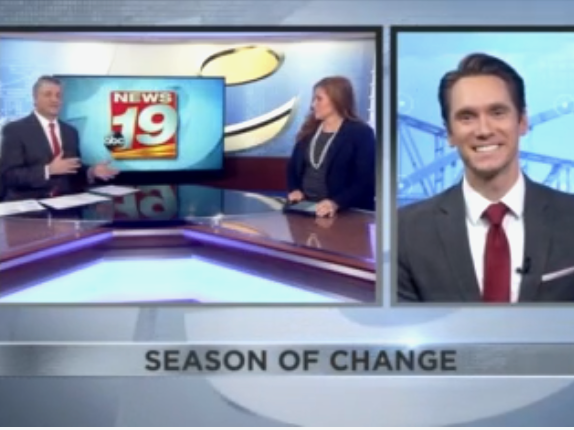 Anchor Dustin Luecke is moving up the ranks at his hometown La Crosse, Wis., station.

The WXOW-WQOW morning anchor is shifting to the evening anchor desk as a news anchor-producer, replacing Scott Hackworth, who announced earlier this month that he would retire in November.

“While we are sad to see Scott Hackworth leave the news desk for retirement, there could be no better replacement than Dustin Luecke,” said Dave Booth, vp and general manager of WXOW News 19. “He exemplifies the Hometown Team spirit, was born and raised in the Coulee Region, and is invested in this community. We are proud to help him fulfill his career goal.”

Luecke started working full-time at WXOW in 2009 while he was still in college, operating audio equipment and recording local sports highlights. After graduating from the University of Wisconsin-Eau Claire, he started as a weekend reporter and moved into the weekend sports anchor role before moving over to the morning show.

“I feel a profound sense of responsibility. I look to Scott’s leadership of the past three decades and see a significant task ahead,” Luecke said. “I want to inspire the same confidence and trust that I’ve come to know both as a viewer growing up with News 19 and as a colleague.”

Luecke’s first newscast as the station’s evening anchor will be the 10 p.m. newscast on Nov. 6.