Nielsen is out with its look at TV and digital news consumption: Who watches? Where? And how much?

The report of results from Q1 2017 is heavy on local news consumption; its growth, its diversity of viewers and its outsize role. In an average week, local news reached 40 percent of people in the ad-friendly A25-54 demographic. That’s compared to 32 percent for national broadcast news and 17 percent for cable news.

Here are the top news-viewing markets, in local people meters and set meters: 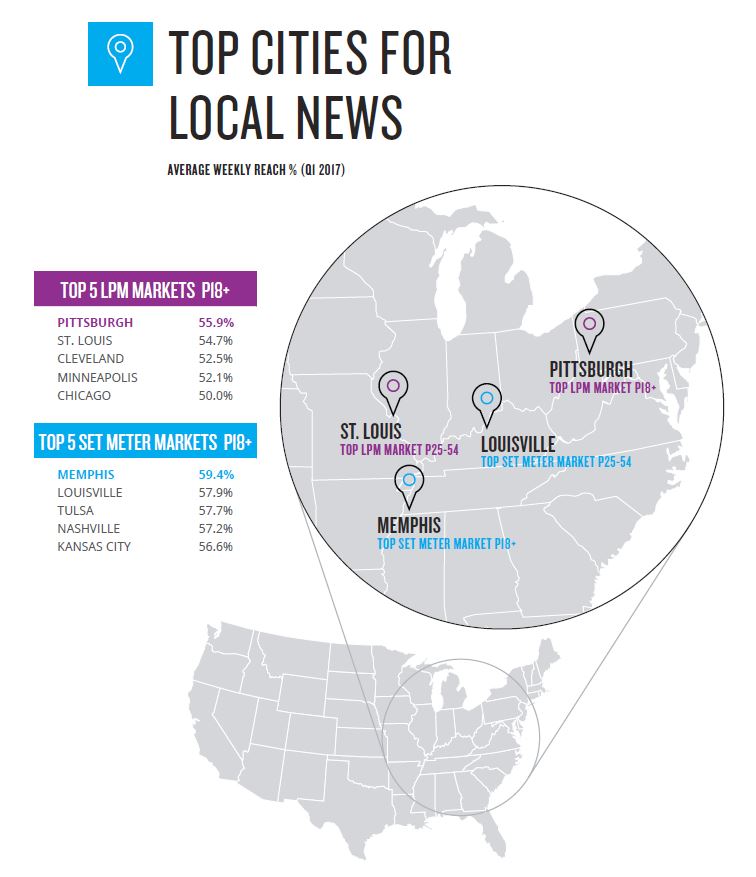 And in terms of how much time people spend watching local news, vs. broadcast or cable news in the LPM markets, viewers in Pittsburgh (#23) and St. Louis (#21) can’t get enough TV news. And, no surprise to the folks in San Francisco/San Jose/Oakland (#6), time spent watching news there lags. 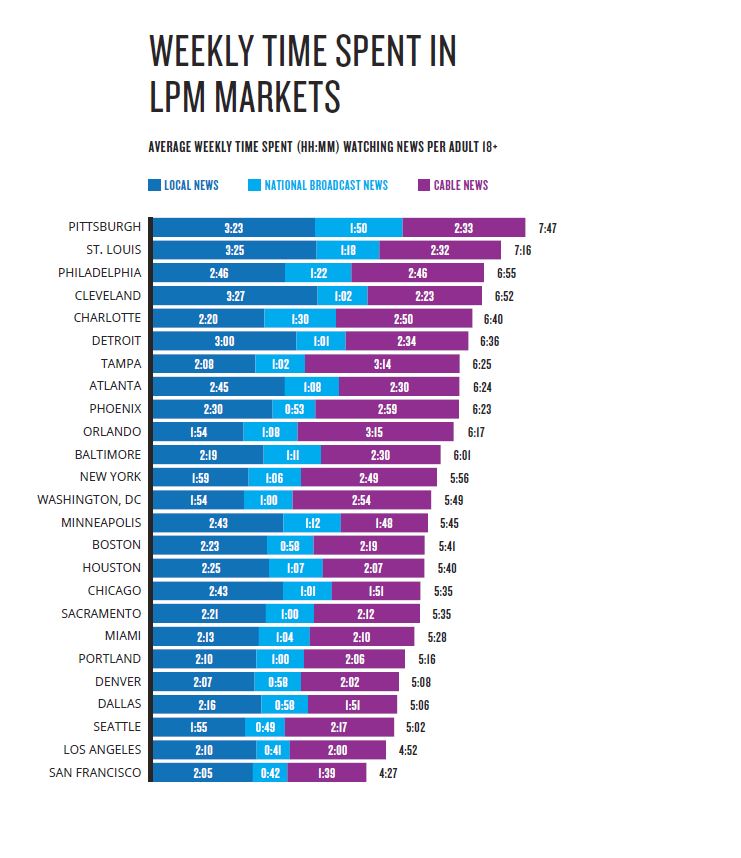 And in markets that use set meters, Nashville (#29) and Ft. Myers/Naples (#61) are tops with Memphis (#51) the biggest consumer of local news. 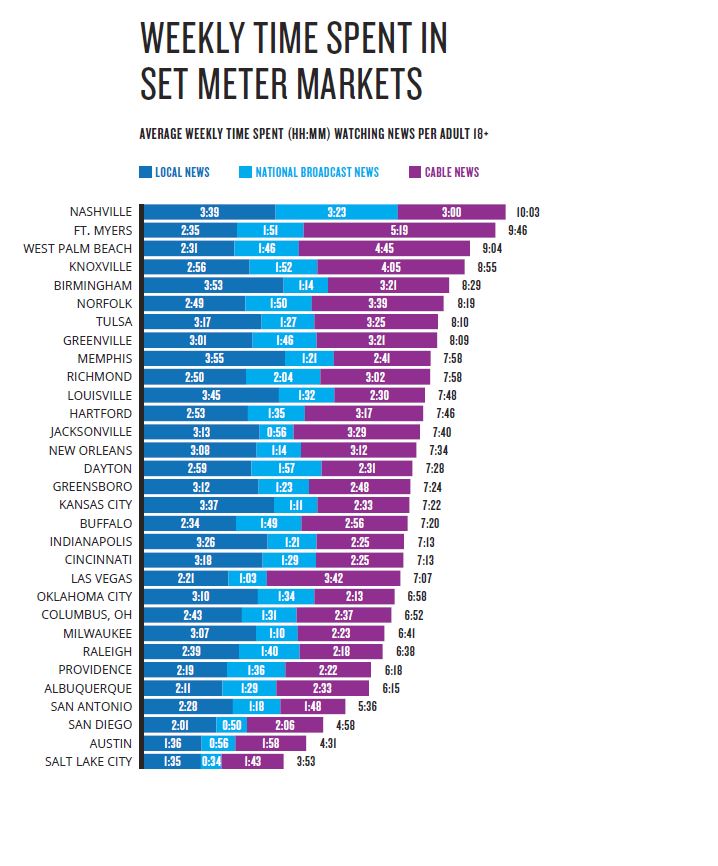