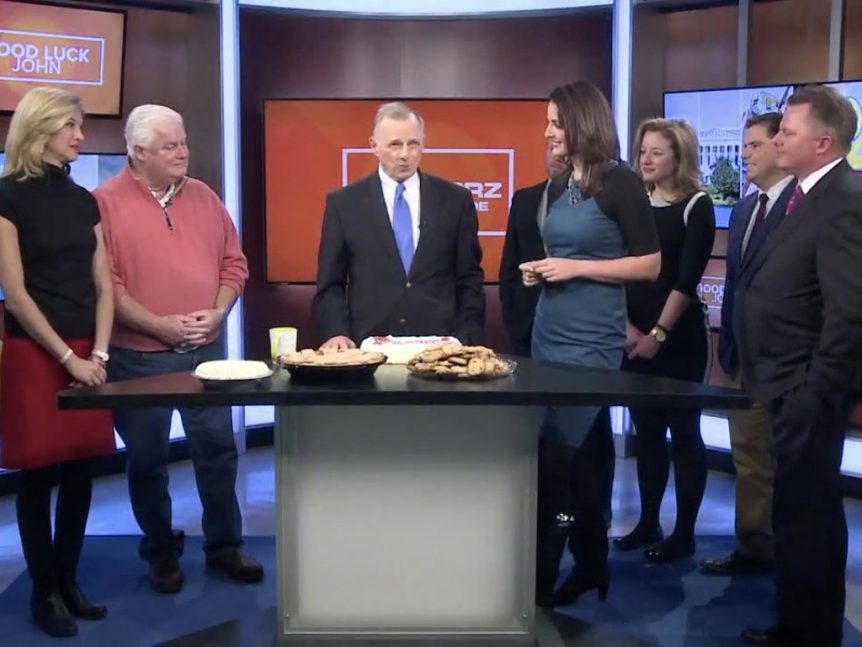 Beard is retiring from his role as morning show anchor alongside Melissa Holmes. A seat he’s sat in since 2009.

“I fell in love with this city decades ago and it never left,” said Beard.

The two-hour show was decided to viewers and co-workers reminiscing about their favorite Beard moments over the years.

“I know this schedule is not easy. We all know. But the best part about waking up at 3a.m. is that when we get here we know you’re not coming in grumpy. Ever. We can rely on your smiles, ridiculous stories, your wit and laughs. We will miss you so much,” said Holmes.

Meteorologist Patrick Hammer told a story about when he was in-between television jobs and Beard called him.

“I knew my next stop would be in Buffalo,” he said.

You can watch Beard’s full 11 minute farewell below. Pete Gallivan, who used to co-anchor the morning show, will return as Beard’s replacement on Friday.