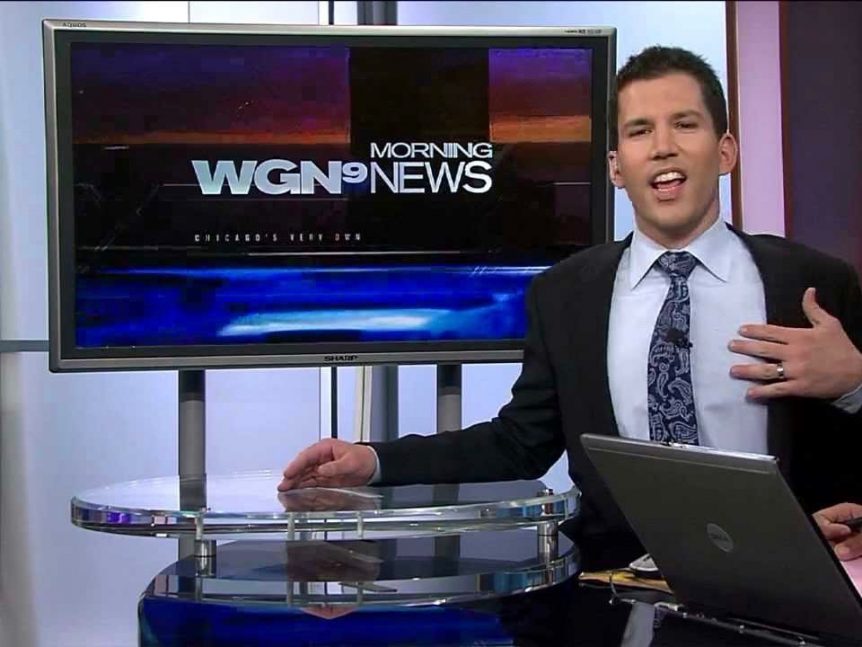 WGN morning anchor Pat Tomasulo is getting his own late night show.

It’s going to be a comedy news show that airs on Saturday nights.

“Everyone is so mad in this country. I wanted to unite us and talk about things we all hate,” Tomasulo said.

Here’s how the station is describing his new show, Man of the People with Pat Tomasulo:

“Man of the People with Pat Tomasulo” is a brand-new half-hour late night comedy show from WGN-TV that will air weekly on Saturday nights from 10-10:30 p.m., launching in late January 2018. The upcoming topical comedy show will have Pat Tomasulo breaking down the week in news, current events and pop culture through a common sense perspective to the “everyman viewer.”

Tomasulo and the morning team revealed the news this morning. He made the announcement while riding a horse through the newsroom.

“He’s such a rare talent. We’re excited to showcase him and give him his own outlet. It’s been 16 years since we’ve produced a program with a studio audience here at WGN…so we’ve gone from one Bozo to the next,’ WGN news director, Jennifer Lyons.