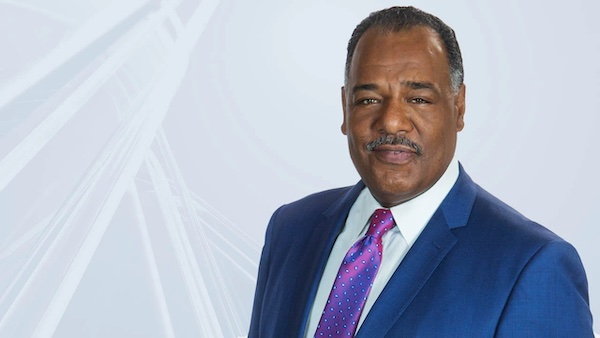 Despite losing the ability to speak, former WCMH anchor Mike Jackson shared an update on his health in what he called his “final story.”

After suffering a massive stroke in 2019, Jackson was then diagnosed with cancer. Doctors discovered a tumor in his throat that required the removal of his voice box.

Jackson joined the Columbus, Ohio NBC affiliate in 1994 and was a news anchor with Colleen Marshall until the stroke in 2019. In the story, Jackson had to type out what he wanted to say.

“I had a career where I used my voice for more than forty years of employment, public speaking and helping others,” Hospice minister Darryl Beckett read from what Jackson had typed. “This was very hard for me to come to terms with.”

Jackson also wrote that he would “whisper a soft prayer for those in the hospital” while he was getting treatment, which led Beckett to tell the former anchor “Even in your darkest hour, you’re still serving people.”

The station said the past four years have been “emotionally, financially, and physically challenging” for the Jackson family Click here to access the GoFundMe started by his family.