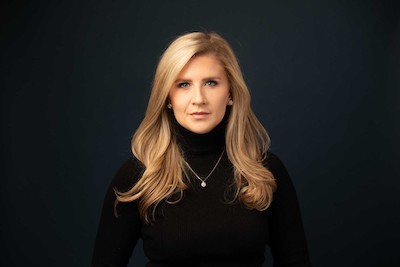 “I am forever grateful to FOX 5 for having the confidence to give me my first shot to tell stories in Washington, D.C.,” said Barlow. “I went to law school so I would be able to translate the, often unnecessary, complexities of the law to people. I take that job seriously and will continue to do it for our audience as Chief Legal Correspondent.”

“Katie has the amazing ability to make complex issues simple to understand,” said station vice president and news director Paul McGonagle. He also said he’s proud to be “the only station in the DC market bold enough to hire a chief legal correspondent to weigh in on everything from the Supreme Court to District Court.”

Barlow is a journalist and former lawyer. She’s covered Capitol Hill with WTOP, as well as the Supreme Court with SCOTUSblog and NPR’s Nina Totenberg. Barlow hosts a political podcast called Words Matter and co-founded Circuit Breaker, a website that provided news and information about the U.S. Court of Appeals for the District of Columbia Circuit. As a lawyer, she practiced white collar defense and civil litigation with a focus on the Anti-Terrorism Act.

A graduate of the University of Georgia, Barlow holds dual degrees in Political Science and Broadcast Journalism. She also holds a JD from Georgetown Law.