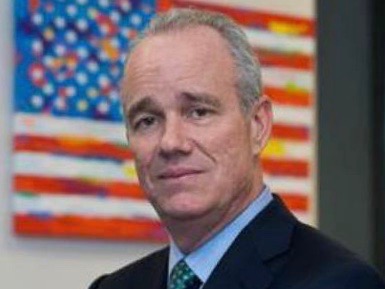 “It has been a privilege to have spent the majority of my career with the ABC Owned Station Group and the past 15 years with WABC. Our job is to reflect and serve the many local communities of the greater New York region, and I’m very proud of the work done by the team to make it the most watched station in the country,” he said upon making the announcement.

Davis has spent the majority of his career in local news with the exception of 2007-2010 when he served as executive vice president at ABC News.

He started as a news photographer in 1977 at KTRK, the ABC owned local station in Houston. He was prompted to reporter and eventually became a producer at WFAA in Dallas. From there, he was on the management track and landed his first job as a news director at WTVD, the ABC owned station in Raleigh-Durham. In 1990 he joined WPVI, the ABC affiliate in Philadelphia, as news director. In 1997, he was promoted to president and general manager. He was named WABC’s general manager and president in 2003. In 2010 he returned to Eyewitness News.

“WABC has long been the most dominant channel in the nation due to the work and dedication of this incredible team. I know Dave’s been thinking about life beyond work and how he is looking forward to enjoying the rewards that come after a four decade-long career. Change is never easy, but it allows us to bring fresh perspectives into the mix as we look to take advantage of new and exciting opportunities facing the local station business,” said Wendy McMahon, president of the ABC Owned Station Group.

During his time at WABC, he doubled the amount of news produced. The station now delivers more than 45 hours of news per week. He also added a number of local live programs to the lineup including the New York City Marathon.

His replacement has not yet been named but the search is being finalized.