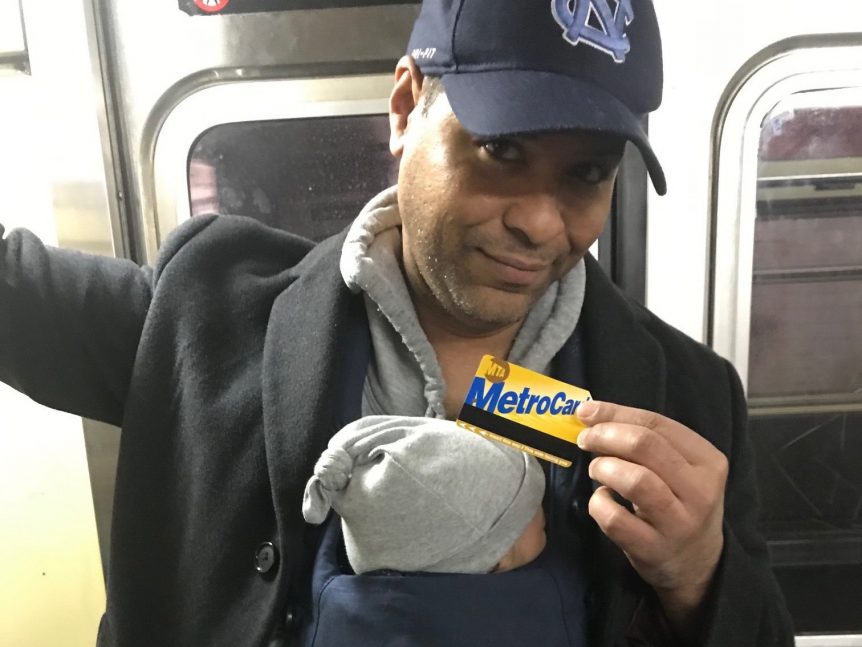 Another news anchor is stepping down after having a baby.

This time it’s New York WABC anchor Rob Nelson. Nelson posted his resignation letter to Twitter this week while on paternity leave. It said his perspective has changed since having his son, Gabe.

“For months leading up to Gabe’s birth, Jenny and I heard two bits of advice most often from parents,” Nelson wrote. “Sleep now, they said, and just know your life is about to change forever. Almost four months into this incredible journey, we now understand how profoundly insightful that advice was. Life has indeed changed.”

“After much discussion and reflection, I’ve decided to leave Eyewitness News. Becoming a father has shifted my perspective and priorities, and now feels like the right time to move on after six years with the station and nearly a decade with ABC,” he continued. “I simply want something different now, and I’m excited to pursue multiple opportunities that have emerged in recent months.”

He’s stepping down as weekend anchor immediately. As soon as he gets back from paternity on March 10, he will report for a few final weeks of reporting before leaving for good on April 10.

“It has been one of the most moving experiences of my life to bring my son into the world surrounded by such thoughtfulness, compassion and heartfelt humanity,” he said, adding that although New York is a “tough city and a tough market,” he believes that “the connection and resonance we have with viewers are the purest, most telling, most enduring and most meaningful measures of success in this business.”

You can see Nelson’s original letter below.

MY EMAIL TODAY ANNOUNCING MY DEPARTURE FROM CHANNEL 7 pic.twitter.com/aqecDqIuuf