NEXT:Chicago Media Legend Carol Marin to Step Down from TV News in November
PREVIOUS:Grand Rapids Sports Anchor Jokes About Returning to Station for the First Time in Months 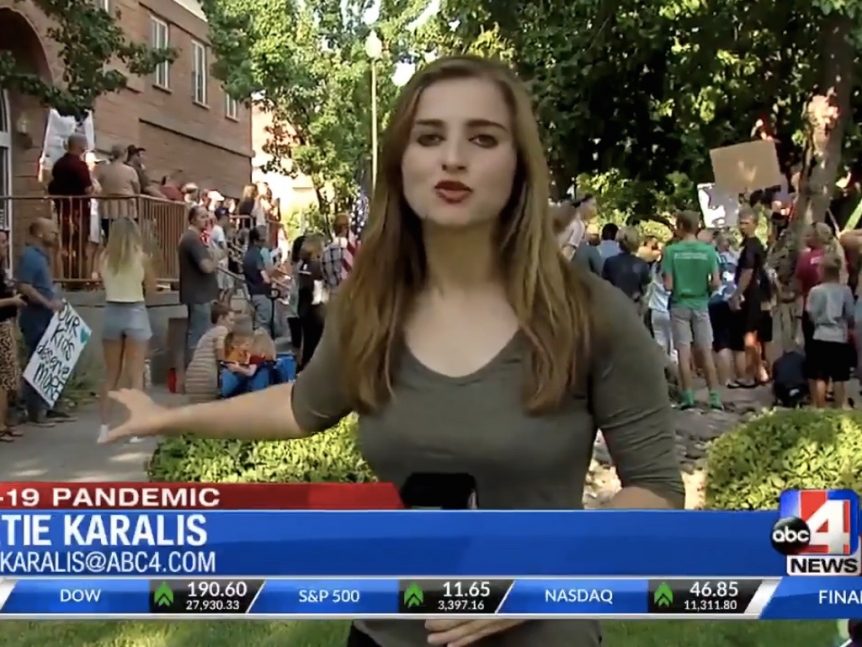 KTXV reporter Katie Karalis‘ assignment on Aug. 21 has become the talk of the internet.

With over 18 million views on Twitter, the Salt Lake City reporter’s story about an anti-mask rally in St. George, Utah, has gotten reaction from people and celebrities who couldn’t believe what they were seeing and hearing.

Karalis interviewed several attendees who said people should not be required to wear masks. In the video, dozens of adults and children were walking the streets—maskless—and chanting to get their message heard.

Jimmy Kimmel retweeted the story and wrote that one woman who talked to Karalis was “the world’s dumbest person!”

At 51 seconds into the clip, that protestor compared her wearing a mask to George Floyd’s death while in police custody, which Karalis doesn’t comment on, or provide context for, in her story.

Later in the piece, a child weighed in on mask wearing and the coronavirus and falsely claims, “The flu kills more than coronavirus.”

And in the last sound bite, a woman tells Karalis she “hates mask” because “most child molestors love ’em.”

Recently, Utah made it mandatory for students in K-12 grades to wear masks in school.

You can watch the story below.