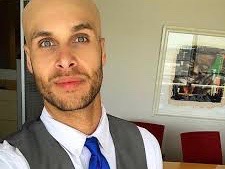 THV11, the Tegna station in Little Rock, Ark., has named a new meteorologist for its new morning show Wake Up Central.

Adam Bowles is coming to Arkansas from New Orleans.

“Adam is passionate about weather and storytelling and will be a great addition to Wake Up Central. We look forward to welcoming him to the THV11 family,” said news director Dave Parker.

The Mississippi native will appear weekday mornings on TVH and will start mid-November.

The new show launches later this month. It will be anchored by Laura Monteverdi, Amanda Jaeger, and Rob Evans.

Prior to his time in New Orleans, Bowles worked in Bakersfield, Calif.