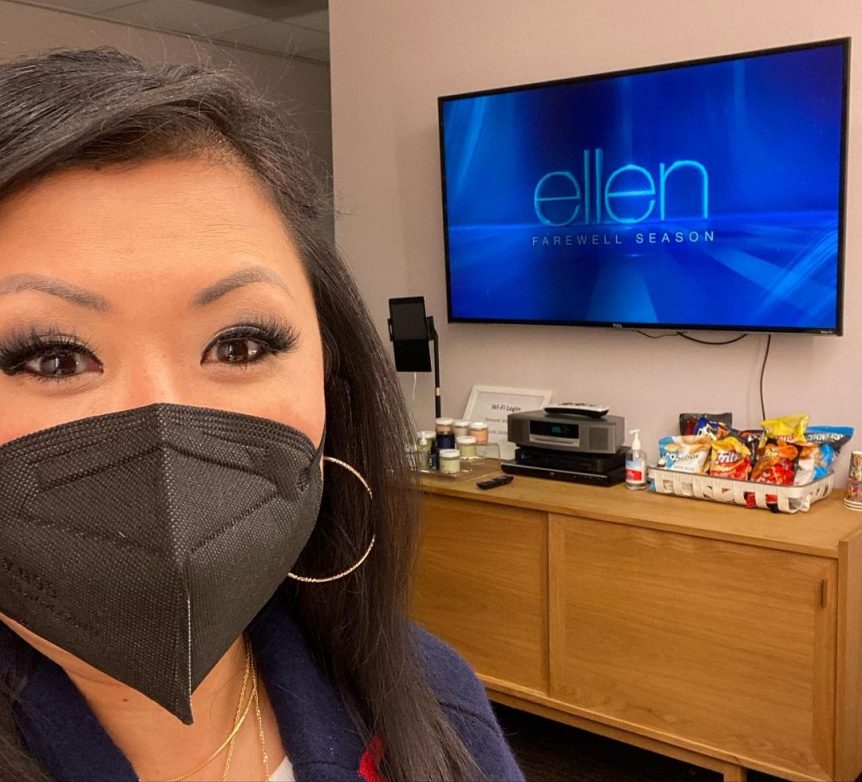 KSDK St. Louis anchor Michelle Li will be making an appearance on Ellen Degeneres‘ show this afternoon after posting a video showing her reaction to a racist voicemail.

In the voicemail, Li was told she was being “very Asian” after telling viewers she ate dumpling soup on New Year’s Day, “That’s what a lot of Korean people do,” said Li.

The viewer also said that Li should “keep her Korean to herself.”

Li, a key member of NBC’s St. Louis station, teamed up with NBC Minneapolis anchor Gia Vang to create a line of #VeryAsian merchandise including shirts, sweatshirts and hats in response to the social media hashtag that grew out of the video. The proceeds benefitted the Asian American Journalists Association.

“Wow! Thank you for turning an ugly phone call into a #VeryAsian movement!” she wrote on instagram. “I’m truly touched and humbled—and excited to say that I was invited to @theellenshow to talk about the good that continues to come out of it—@giavang is a big part of that.”