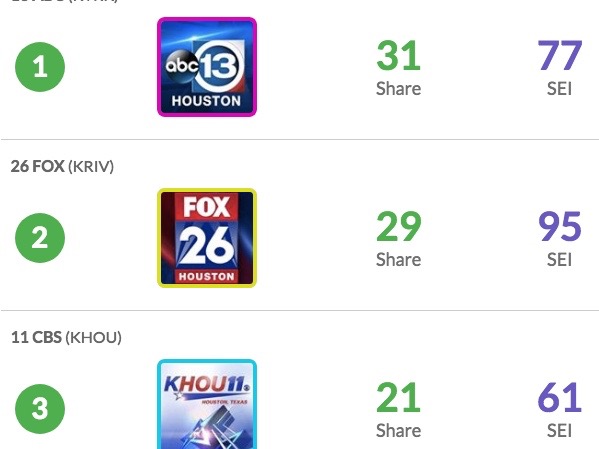 KTRK, the ABC-owned station, held on to first place with a 30.6 share despite declining slightly.  But the big story is KRIV.  The Fox-owned station gained a 12.8% share in the past 30 days.  They now sit at 29.1 share.The Tegna-owned KHOU and Graham-owned KPRC followed with 20.7 and 13.8 shares respectively. 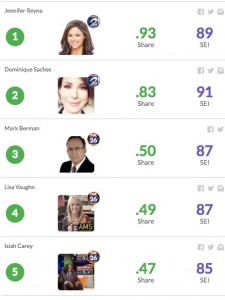 KTRK had a 29.7 Share on Facebook as a group, compared to a 29.5 Share for KRIV. KTRK’s main station page has the largest Audience of any single page in the market with 1,245,878 followers and KRIV’s main page is the only other to have crossed the 1 million mark with 1,079,792 followers.

KRIV talent leads in the market.  The station six of the top 10 overall individuals in the market, followed by KPRC with two and one apiece for KHOU and KTMD.