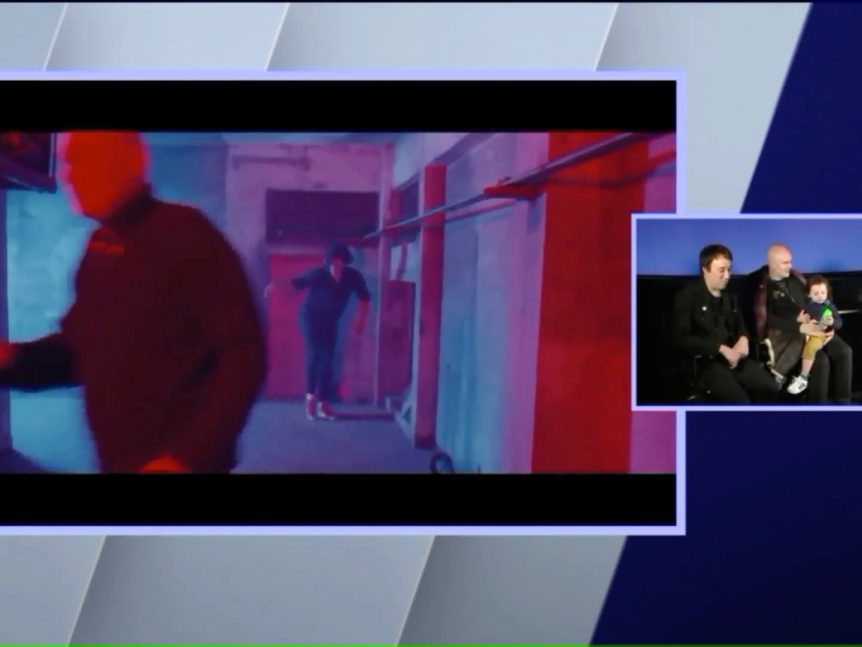 WGN reporter Ana Belaval had a second run in with the lead singer of Smashing Pumpkins outside of Chicago.

Back in 2013, Billy Corgan serenaded her live on the air. Yesterday, during a listening party Corgan asked the morning reporter to have a baby.

Corgan: “When you’re ready to have another, just let me know.”

Corgan: “Since this is the ‘prime-time edition’ can we go a little more adult?”

Belaval: “I take that very personally, that factory is closed. If you want to go somewhere else, go right ahead!”

You can watch the full and slightly awkward exchange below.