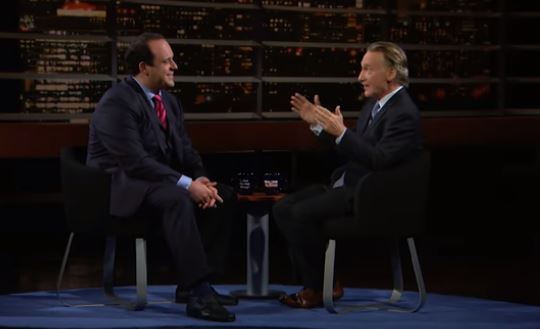 Epshteyn is a former adviser to President Trump who was hired by Sinclair earlier this year.

When Maher described the station group as wanting to be to the right of Fox News, Epshteyn responded, “that’s not true” and described Sinclair’s content as “straight down the middle”

Sinclair has been on a buying spree. Earlier this month the station group unveiled plans to purchase Tribune and its 42 stations.