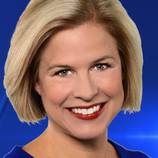 Grande announced the news on Facebook, saying she’s ready for a new adventure.

“I’m headed to work for the US Department of Justice (in Seattle),” she wrote. “I was 22 when I was hired at KIRO. I’m thankful for the opportunities, the friendships, and all of the incredible stories we told together. Today is my last day, with a little send off on Thursday.”
Grande joined the station as an intern in 1994 and was hired as a reporter in 1996. She has a degree in broadcast journalism, with a minor in business administration.
< Previous Article
Next Article >
Advertisement
Advertisement
Get TVSpy delivered straight to your inbox
Advertisement